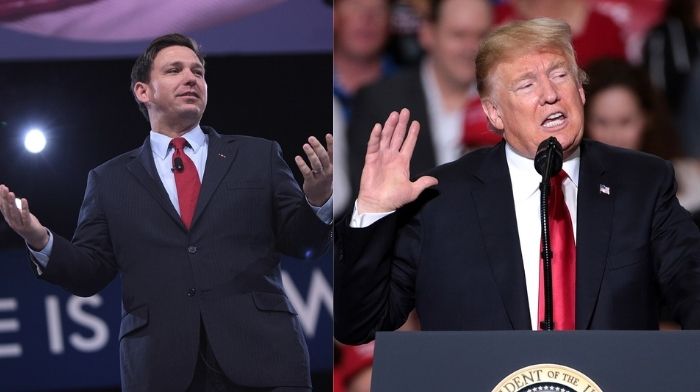 The Republican Party is hoping to capitalize on the growing opposition from parents and conservatives all over the nation to the radical left-wing Critical Race Theory (CRT) as a viable campaign issue in 2022.

The thinking is that focusing on the issue will help to energize the base of the party, especially parents who are concerned about what their kids are learning in public schools.

A number of red states have seen either legislation or executive orders to ban the practice from schools, and some groups are gearing up to use the issue in the 2022 midterm elections.

“We’re going to make sure our kids learn how to think, not what to think. Critical race theory will be out of our schools.” — VA GOP gubernatorial candidate @GlennYoungkin on The Laura Ingraham Show. Subscribe to @QuakeMedia to listen: https://t.co/d7bzEE7rrX pic.twitter.com/MkB0GDvVDu

Conservatives Are Pushing Back

The backlash over Critical Race Theory has started in Republican-controlled states.

South Dakota Governor Kristi Noem, who has also been mentioned as a likely 2024 GOP presidential candidate, was recently touted as “the first candidate” by a local newspaper to sign a pledge called the “1776 Pledge To Save Our Schools.”

The idea behind the pledge is to restore “patriotic” education back to the nation’s K-12 schools.

The pledge also promotes a curriculum that all people are created equal and “does not pit students against one another based on race or sex.”

In Virginia, where a recent meeting of the Loudon County Virginia School Board made national news because of parents speaking out against Critical Race Theory, gubernatorial candidate Glenn Youngkin says he will “expel” Critical Race Theory from Virginia’a schools.

When I’m governor, we will NOT teach critical race theory in our schools. We WILL teach accelerated math classes.

I ask you to please vote for me as your first choice today so we can teach our kids HOW to think, not WHAT to think.

RELATED: Stacey Abrams Claims Recount Of 2020 Ballots In Arizona Is ‘A Continuation Of The Insurrection’

GOP Staying With A Familiar Strategy

While Donald Trump may not have won re-election, the Republican Party did much better in House and Senate races than expected. The GOP was able to hang on to several key Senate seats, and won seats in the House, giving Nancy Pelosi the smallest majority in decades.

Part of that victory came from pushback among Hispanic and black voters to radical agenda items, such as defunding the police – a common refrain espoused by Critical Race Theory adherents.

That same game plan could work with Critical Race Theory as well, now that it has a “brand name” the public can associate with.

And Democrats may be inadvertently helping the GOP use CRT as a viable campaign strategy. Democrats defend the movement, insisting that racism is pervasive in the United States, and that teaching CRT forces American schoolchildren to talk about it.

Opponents of CRT argue that it is not only inaccurate, but that teaching it in America’s classrooms creates division and hatred among students, and teaches students that America is inherently a bad place.

Will Tying CRT To Democrats Be A Wining Strategy For Republicans?

According to an organization called Parents Defending Education a poll taken last month showed that 58.3% of those responding to the poll said that they did not think that kids should be taught that America was founded on racism and that it continues to be a racist country.

“75% oppose teaching there is no such thing as biological sex, & that people shld choose whatever gender they prefer for themselves. Only 18% supported teaching such concepts.”https://t.co/eEh6fY2mPb

Not all Republicans are convinced that using Critical Race Theory as a campaign issue will win the day. American Principles’ Project Schilling also pointed out that, “Suburban America has been becoming more and more woke over the last four years.”

Suburban counties in Virginia like Loudon County have been turning blue for the last few election cycles, but other places like Orange County California, which went to Joe Biden by a margin of 53-44% also went on to unseat two Democrats and elect Asian Republicans to the House last fall.