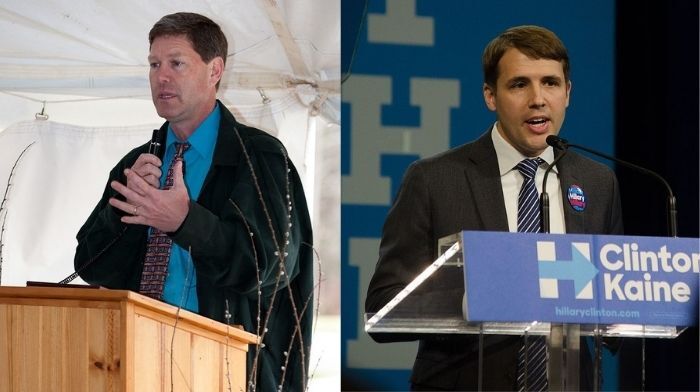 The National Republican Congressional Committee (NRCC) has begun running digital ads targeting Democrats for “defund the police” policies and rhetoric in districts they have deemed “vulnerable” in the upcoming midterms.

The ads will run in five Democrat-held districts the GOP hopes to flip in 2022 on their way to a House majority.

“We are going to ensure every voter knows Democrats want to Defund the Police. Whether it’s Rashida Tlaib demanding an end to policing and incarceration, or Maxine Waters encouraging rioters to engage in violence, Democrats can’t be trusted to stand with law enforcement and keep Americans safe.”

We are making sure vulnerable @HouseDemocrats are held accountable for their radical anti-police agenda. https://t.co/QSWHN96w4y

The new ad starts out with the narrator declaring, “Defund police? Abolish prisons? Nancy Pelosi and Democrats in Congress have lost their minds. And now they’re calling for more violence.”

The ad urges viewers to call their member of Congress and urge them to “to stand up to Democrats’ attacks on law enforcement.”

According to Fox News, the NRCC has targeted five districts held by Democrats whose seats they believe to be weak enough to flip and be put in Republican hands on 2022.

The content of the ads comes by way of nationally-recognized Democrats.

In the aftermath of the tragic shooting of Daunte Wright in Minneapolis, far-left Rep. Rashida Tlaib (D-MN) proclaimed the shooting wasn’t an accident and demanded abolition of policing and incarceration.

And just a few days prior to the verdict in the trial of former Minneapolis police officer Derek Chauvin in the death of George Floyd, Rep. Maxine Waters (D-CA), called for protesters to “stay on the street” and “get more confrontational” if Chauvin were found not guilty.

Excellent look at the 2022 landscape and why House Republicans are in prime position to retake the majority and #FirePelosi.

RELATED: Pastor Who Kicked COVID Police Out Of His Church Gets Another Visit, Sends Them Packing Again

In a Gallup poll taken in August of 2020, 81% of black Americans said they would like to see the police spend the same amount of time or more time in their neighborhoods.

Wake up call for anti-cop progressives and media allies who want to defund Police. Gallup poll shows 87% of Americans – including 81% of African-Americans – want Police numbers kept at same numbers as before. Thank God for common sense of American people!

Democrat attempts to pack the Supreme Court is another issue Republicans hope to capitalize on in 2022.

Political reports that Senator Rick Scott, the National Republican Senatorial Committee chairman, said, “I can tell you we do our work over at the NRSC and it’s resonating. The public doesn’t like it. Republicans and Democrats, neither of them like it.”

Legislation was introduced by Sen. Ed Markey (D-MA) and four House Members to increase the size of the Supreme Court from 9 to 13 justices.

Other possible campaign weapons the NRCC may have is that recent polling they have done has shown that 75% of voters see the border situation as a crisis or major problem.

🚨 NEW: NRCC ad in #ME02@golden4congress refuses to condemn calls for violence and and defunding the police. Golden won’t stand up for our law enforcement. https://t.co/cDr9fAZgco pic.twitter.com/xOmpeKsWjl