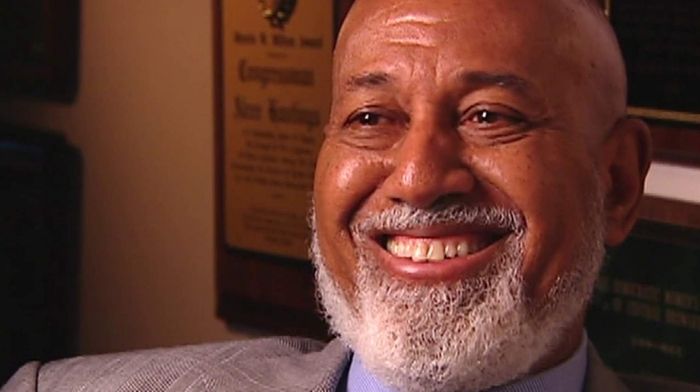 Representative Alcee Hastings (D-FL) passed away on Tuesday after a battle with pancreatic cancer. He was 84 years-old.

Hastings had represented Florida’s 20th Congressional District since 1992, according to Fox News. As the longest-serving member of Congress from his state, he was the dean of the Florida congressional delegation. His family confirmed his death in the following statement obtained by People Magazine:

“It is with profound sadness and the deepest sense of loss that we announce the passing of the Honorable Alcee L. Hastings. He lives a life of triumph over adversity and his brilliance and compassion was felt amongst his constituents, colleagues, the nation and the world.”

“He lived a full life with an indelible fighting spirit dedicated to equal justice. He believed that progress and change can only be achieved through recognizing and respecting the humanity of mankind. He was never afraid to speak his mind and truly loved serving his constituents and his family. He will be missed dearly but his legacy and fighting spirit lived on.”

Hastings’ death means that Democrats majority in the House just got even smaller, as they can only lose two votes on their side and pass a bill without Republican help. It’s a rule in the House that tied votes fail.

Tributes Pour In For Hastings

Tributes for Hastings have been pouring in from members of Congress who have expressed shock and sadness over his death.

“As an icon of the Congressional Black Caucus, he was an historic force in our nation’s politics,” said House Majority Leader Nancy Pelosi (D-CA). “His passing is a great loss for America.”

“A trailblazing lawyer who grew up in the Jim Crow South, Alcee was outspoken because he was passionate about helping our nation live up to its full promise for all Americans,” Biden said.

“It was a passion he forged as a pioneering civil rights lawyer in the 1960s, fighting tirelessly to desegregate hotels, restaurants, and public spaces in south Florida — a trailblazing spirit to advocate for what is right that guided him throughout his life,” he added.

“U.S. Rep. Alcee Hastings served his constituents as a civil rights attorney, judge, and Dean of our Congressional delegation. He changed the face of politics in FL and brought passion & unwavering dedication to the fight for justice,” she said. “We are forever grateful for a life well lived.”

U.S. Rep. Alcee Hastings served his constituents as a civil rights attorney, judge, and Dean of our Congressional delegation. He changed the face of politics in FL and brought passion & unwavering dedication to the fight for justice. We are forever grateful for a life well lived. pic.twitter.com/K9mMhAYwrw

This piece was written by James Samson on April 7, 2021. It originally appeared in LifeZette and is used by permission.

Read more at LifeZette:
Lisa Murkowski Gets Bad News As Poll Shows She’s Losing To GOP’s Kelly Tshibaka By Double Digits
Warnock Jabbers About Easter, Gets Schooled
Joy Behar Outrageously Claims ‘Trump Emboldened People Like Matt Gaetz – If Daddy Is Doing It, Well Then I Can’