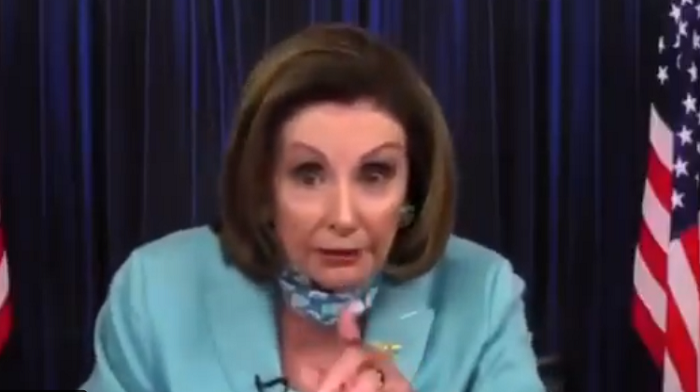 Democrat Rita Hart withdrew her challenge to an election she lost by six votes in Iowa’s 2nd Congressional District, putting an end to any possibility of Democrats overturning a state-certified election for a House seat.

“After many conversations with people I trust about the future of this contest, I have made the decision to withdraw my contest before the House Committee on Administration,” Hart said in a statement.

“Since Election Day, and throughout this entire process, my mission has been about ensuring the voices of Iowans who followed the law are not silenced,” she continued.

Hart said she is “saddened” by the prospect that some people’s votes “will not count through no fault of their own.”

RELATED: Pelosi: ‘Of Course’ There Could Be A Scenario Where We Overturn Election Of GOP Rep.

Hart had petitioned the results which certified Rep. Mariannette Miller-Meeks (R) as the winner with Congress in December, claiming 22 ballots that should have been counted were not.

Miller-Meeks filed a motion to dismiss shortly thereafter which was tabled by the House Administration Committee, setting up an opportunity to review the election.

House Speaker Pelosi said, “there could be a scenario” in which the committee unseats the current member and replaces her with Hart, prompting an outcry from House GOP Leader Kevin McCarthy (CA) that she was trying to “steal” the election.

Pelosi responded to accusations of hypocrisy in failing to accept state-certified election results by claiming she has a right to choose not to seat Miller-Meeks.

“If I want to be unfair, I wouldn’t have seated the Republican from Iowa, because that was my right on the opening day. I would have just said, ‘They’re not seated.’ And that would have been my right as Speaker to do,” she said last week.

She wants credit for not trying to steal an election. How rich.

Nancy Pelosi says “it was my right” to not seat any member she doesn’t want to.

Imagine the reaction if a Republican said this. pic.twitter.com/KyPnqOsWcs

Why Hart Backed Down

Hart’s statement indicates the true reason why she backed off her challenge to the state-certified election results.

Not because she realized the folly of challenging a legitimate vote count in the Democrat-controlled House, but because of the negative PR she and her fellow Democrats were getting hit with over their blatant hypocrisy.

“Despite our best efforts to have every vote counted, the reality is that the toxic campaign of political disinformation to attack this constitutional review of the closest congressional contest in 100 years has effectively silenced the voices of Iowans,” she said.

Nancy Pelosi and Rita Hart FINALLY gave up on their power grab to steal a House seat for Democrats amid pressure from Iowans.@RepMMM continuing to serve as the duly-elected Representative for Iowa’s 2nd Congressional District is a huge win for America.

The celebration, however, should be taken with a grain of salt. Some view Pelosi and the Democrats’ comments on the matter as a trial run to overturn an election just months after impeaching former President Donald Trump in-part for not accepting election results.

It wasn’t an accident.

Hart cites “disinformation” as the reason for relenting. What if next time that alleged “disinformation” is shut down with a full-throated push by the mainstream media? Or social media companies?

You know, as they did in shutting down actual information before the 2020 presidential election?

Good on the GOP in raising alarm bells over this, but they better be ready to combat it next time Democrats try to do the same thing.

And make no mistake, they will try again.