Here Are The Details On Biden’s $2 Trillion Infrastructure Plan 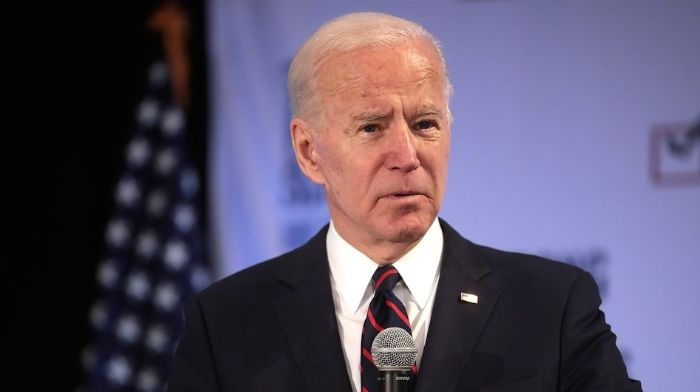 President Joe Biden will travel to Pittsburgh Wednesday to unveil his “American Jobs Plan,” a roughly $2 trillion infrastructure proposal that not only addresses the nation’s physical infrastructure, but is also billed as addressing climate change and racial inequality.

A large infrastructure proposal from Biden has been expected to come in the wake of the $1.9 trillion COVID bill.

The plan is expected to include 20,000 miles of rebuilt roads, repairs made to 10,000 bridges, and items like replacing lead pipes from the water supply lines.

White House Press Secretary Jen Psaki revealed what is probably the least surprising aspect of the plan, that it will be paid for by tax hikes.

Biden will head to Pittsburgh this afternoon to roll out his $2 trillion “American Jobs Plan” that makes very large infrastructure investments over the next eight years and would cover the cost largely by raising the top corporate tax rate
https://t.co/7VZBmODDhs pic.twitter.com/Dx6vonZL9T

How The Money Will Be Spent

The rollout of the plan today is just the first of a two part plan. The second part will be unveiled in a few weeks, and include spending for non-infrastructure items, like child care and education.

According to a CNN report, $621 billion will go to transportation. The report breaks down the costs, which include $115 billion for highways and roads, $20 billion for road safety, and $85 billion for mass transit systems.

An entire $80 billion will apparently be spent on the “Acela corridor” – the Amtrak system that runs from DC to Boston.

$25 billion will go to airports.

Currently, only two percent of the vehicles on America’s roads are electric. Under Biden’s plan, $174 billion will go to subsidizing electric vehicle purchases and building 500,000 electric charging stations.

$213 billion would renovate and retrofit more than 2 million homes and housing units. It will also go towards building and retrofitting 500,000 homes for low and middle-income earners.

$180 billion will be spent on “climate science,” and “eliminating racial and gender inequities” in research and development and STEM.

Another $111 million would go to water infrastructure, including replacing all lead pipes and service lines in the country.

Topping off this spending spree is $10 billion for something called the “Civilian Climate Corps.”

A large chunk will also apparently not go to physical infrastructure.

Another $400 billion will be spent on caregiving for the elderly and disabled.

Biden plan now out. Some promises:

The Big Question: How To Pay For It

In order to pay for all the items in Biden’s proposal, several tax hikes will be enacted.

One of them is raising corporate taxes from 21% to 28%, and an additional 15% tax on the book income of the largest corporations.

CNN also reports that Biden would make it more difficult to acquire or merge with a foreign business to avoid paying U.S. taxes by claiming to be a foreign company.

As would be expected, Republican reaction to the hefty spending bill is not a positive one.

Sen. John Thune may have had the most passive reaction, “It’s a pretty cynical ploy to try and appeal to Republicans to vote for all that stuff, and then do reconciliation to do all the other hard stuff.”

Sen. Shelley More Capito (R-WV), said she harbored reservations. “I had a conversation with the president, we went to the White House, so hopefully we can continue this conversation. But it’s going way beyond the scope of what I thought an infrastructure package would be.”

Rep. Kevin Brady (R-TX) chalked it up to another Nancy Pelosi shenanigan that would harm taxpayers. “This is just another example of Speaker Pelosi’s partisan gamesmanship to produce legislation that will have enormous consequences for taxpayers.”