When it Comes to Election ‘Reforms,’ The Left Are The Ones Busting Norms 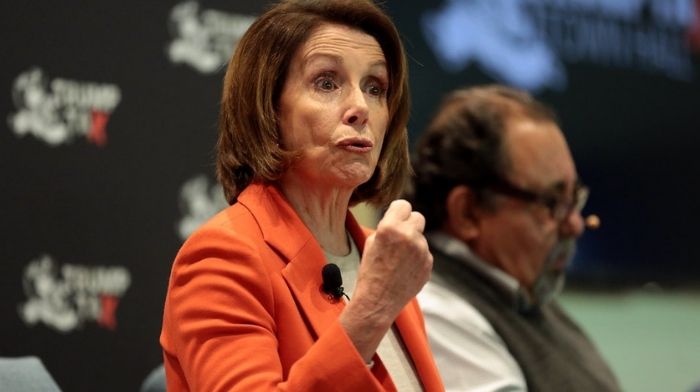 By Kevin R. Kosar for RealClearPolicy

It has become commonplace among the political left to call out the political right for breaking democratic norms. “The Republican Party Is Radicalizing Against Democracy,” as MSNBC’s Chris Hayes recently put it.

Their accusations run the gamut. They say Republicans are imposing minority rule by using the filibuster to block Democratic legislation.

The left has accused the Grand Old Party of assaulting the U.S. Postal Service in hopes of “crippling it” so that it can sell it off to private firms. And when the political right uses populist and religious language, that too, they proclaim, is symptomatic of its lurch towards authoritarianism.

Indubitably, the right has crossed plenty of lines in recent years. It was disgraceful for former President Donald Trump and various crank legislators to deny the results of the 2020 election, and to attempt to reverse them based on thinly sourced and often absurd claims.

That said, the discussion around democratic norms has been very one-sided. The left’s own busting of democratic norms is much less discussed. Indeed, one need only consider the left’s recent words and acts around elections.

For the past two months, congressional Democrats have been trying to enact H.R. 1, the “For the People Act of 2021,” a nearly 900-page bill that would remake American elections mostly by undermining federalism, a key principle of the U.S. Constitution.

H.R. 1 would take authority from states over how they conduct their elections. (Republicans had no input on the bill nor any opportunity to try to amend it.) The House of Representatives already passed H.R. 1, and there are those on the left who are urging the Senate to exempt the legislation from the filibuster to pass it without GOP support.

All of which sounds like a norms-busting power play by Democrats.

If that were not enough, Democrats in the House of Representatives might unseat a Republican and replace her with a Democrat. Mariannette Miller-Meeks beat Democrat Rita Hart by 6 votes in a contest where 400,000 were cast.

A bipartisan Iowa elections board certified the results. Hart could have conceded, but instead appealed to the House of Representatives. The Constitution allows each chamber to be the “judge of the elections, returns and qualifications of its own members.”

The Committee on Administration, headed by Rep. Zoe Lofgren (D-CA) is investigating the results and could proclaim Hart the winner.

This sort of thing has happened only once since the Gilded Age — in 1984. It was mothballed precisely because it was undemocratic and destructive.

Then there are those on the left who are pushing Congress to admit Puerto Rico and Washington, D.C. as states. They advance various high-minded arguments for this cause, but there is no denying this also is a power play.

David Schor, an elections expert who helps Democrats, put it out there last month: “If we divide the electorate on self-described ideology, we [liberals] lose — both because there are more conservatives than liberals and because conservatives are structurally overrepresented in the House, Senate, and Electoral College.”

Hence, pack the Senate by creating new senators who likely will be Democrats. Schor, it is worth adding, urges Democrats to pass federal redistricting legislation to stop Republicans from retaking a majority in the House of Representatives.

“Politics ain’t bean bag,” as the old saying goes. However, when parties nakedly, and self-interestedly tamper with elections they endanger democracy. The public assents to being governed because they believe in the fairness of the system and the results.

Republicans have blown through various governing norms of late — but they are not the only ones.

Kevin R. Kosar (@kevinrkosar) is a resident scholar at the American Enterprise Institute.