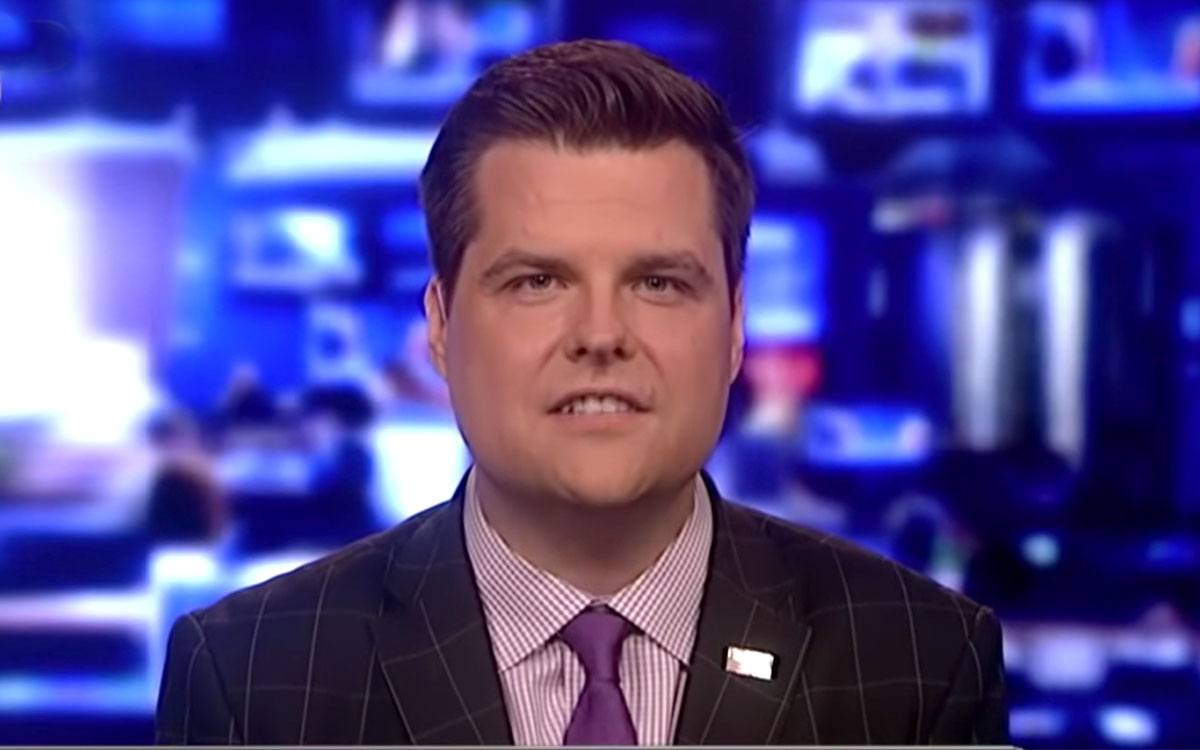 Rep. Matt Gaetz (R-FL) spoke out this week to blast a House Armed Services Committee hearing on “extremism in the military” as “total nonsense.”

“I represent the district that has the highest concentration of active-duty military in the country and respectfully it is on their behalf that I would characterize this hearing as ‘total nonsense,’” Gaetz said.

“Today the Chinese Communist Party is building aircraft carriers and jets that every member of this committee knows threaten to close or eliminate the capability gap,” he added. “North Korea is perfecting the ability to strike the United States with nuclear weapons, cartels are hunting the next trafficking routes, and here we are, ‘hunting’ in the words of one of our witnesses memes and keywords.”

Related: Gaetz Questions If ‘Transition To Harris Has Already Begun’ – ‘Joe Biden’s Had More Nap Time Than He’s Had Questions From Reporters’

Not stopping there, Gaetz proceeded to talk about just how crazy he feels this situation has gotten.

“Today the House Armed Services Committee is engaged in a review of constitutionally-protected expression by our troops — how utterly weak of us. No wonder the Chinese Communist Party continues to gain ground,” Gaetz said.

“The entire purpose of this hearing is not what the chairman said,” he continued. “It is to gaslight the targeting of U.S. military patriots who do not share pre-approved politics. This is not about extremism, it is not about white supremacy, it is about woke supremacy.”

“It is about converting the military from an apolitical institution to an institution controlled by the political left,” the Florida senator added. “Today instead of working together, we are gathered at a hearing designed to tear us apart. To try to get us to view our fellow countrymen and women who protect us as somehow evil or dangerous or a cancer to be exorcised.”

Gaetz went on to add:

“The U.S. military is the most diverse organization in our entire country. Men and women, Christians and Jews, Hindus, Muslims, queer and straight, every last one of them patriots with a united common purpose to protect and defend the United States of America.

As we’ve noted, [Defense Secretary Lloyd] Austin said 99 percent of our service members believe in the oath that they swore to, and I believe that, too. But there is a difference between weeding out bad apples who should be removed from the ranks and using the charge of extremism to stigmatize different opinions.

And increasingly, ‘extremism’ is a euphemism that Democrats are using when they’re talking about conservatives, Republicans, and the group they hate most — Trump supporters.”

Gaetz then talked about the fact that slides were given out to service members suggesting that Pepe the Frog should be considered a hate symbol:

“Does having a Pepe the Frog meme somewhere on your phone somehow make you a dangerous extremist? Is it now included in the list of hate symbols distributed right alongside neo-Nazi symbols? How ludicrous! … How long until Make America Great Again hats are are considered an extremist symbol?” he said.

“Today is nothing more than cancel culture coming for our military and it is disgusting,” he concluded. “It is about power and we ought to tread carefully, because our fellow Americans do not take kindly to this type of tyranny.”

Check out his full comments below.

Today’s HASC hearing on “extremism in the military” is a total joke.

It is about nothing more than cancel culture coming for our military.

We ought to tread carefully because our fellow Americans do not take kindly to this type of tyranny. pic.twitter.com/ZOAFw0emvN

This piece was written by James Samson on March 26, 2021. It originally appeared in LifeZette and is used by permission.

We Will Suffer for Failing to Weigh Risks