Joe Biden Taps Kamala Harris To Lead Border Crisis Response: ‘I Can Think of Nobody Who Is Better Qualified’ 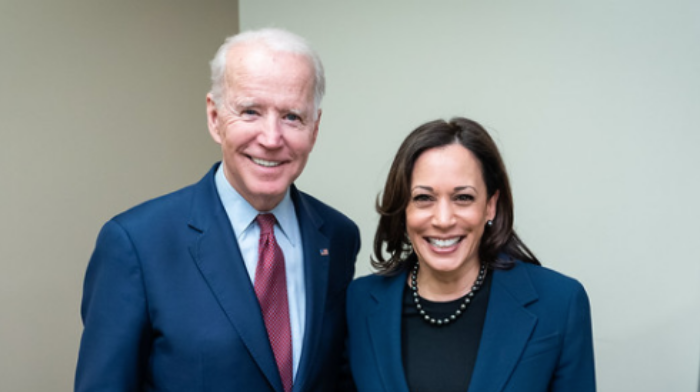 On Wednesday, President Joe Biden announced that he was choosing Vice President Kamala Harris to head his administration’s effort to solve the  crisis on the U.S.-Mexico border.

Biden said in his White House announcement, “I can think of nobody who is better qualified to do this.”

Biden On Harris: ‘When She Speaks, She Speaks For Me.’

Biden delegated power to Harris and her team to deal with complex and serious immigration issues, but not all of them.

Politico notes, “aides made clear that Harris would not be owning the entire immigration portfolio for the administration and would be instead focused on long-term efforts in Central America.”

“When she speaks, she speaks for me,” Biden said. “Doesn’t have to check with me. She knows what she’s doing and I hope we can move this along.”

Biden said it was a “tough job” but believed Harris was up to the task.

Harris said to Biden, “Thank you, Mr. President, and for having the confidence in me. There’s no question this is a challenging situation.”

If Kamala Harris is so “frustrated” with the border crisis, she and Joe Biden should go down and clean up the mess they made. pic.twitter.com/mjpdPJk8lU

Harris Says She Will Work With Congress To Fix Crisis

The vice president said focusing on the “root causes” of the border crisis was the key to fixing it.

Harris said, “While we are clear that people should not come to the border now, we also understand that we will enforce the law and that we also — because we can chew gum and walk at the same time – must address the root causes that cause people to make the trek as the president has described to come here.”

The Hill states as fact that “Many migrants are fleeing Mexico and the Northern Triangle countries to escape economic instability violence, corruption and extreme weather events.”

In many ways, this crisis has seemed to overwhelm the new Biden administration as so many families with children have surged toward the southern border since Inauguration Day.

The vice president said she would work with Congress to find solutions to this problem.

“Needless to say the work will not be easy but it is important work,” Harris said.

President Biden: “This new surge we’re dealing with now started with the last administration, but it’s our responsibility to deal with it humanely and to stop what’s happening.” pic.twitter.com/YKAdyHb30f

President Biden has tried to blame the current crisis on President Trump.

“This new surge we’re dealing with now started with the last administration, but it’s our responsibility to deal with it humanely and to stop what’s happening,” he said.

[VIDEO] Reporter Asked Joe How He Was Preparing for Presser…His Response Says It All….

Bernie Sanders On Twitter’s Trump Ban: ‘I Don’t Feel Comfortable About It’

[VIDEO] After Yesterday’s Testimony, Jesse Waters Has Figured Out Exactly What Fauci…