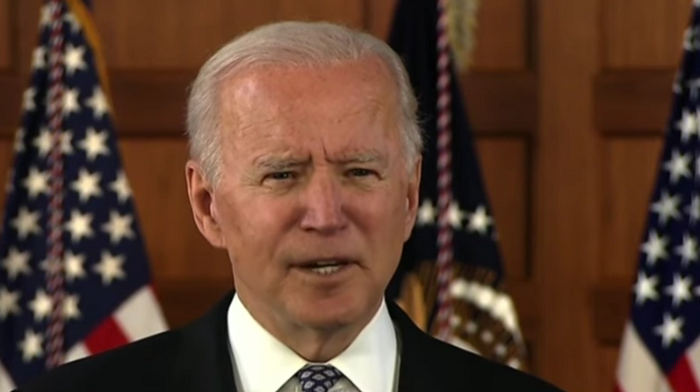 President Biden is expected to hold his first formal press conference on Thursday, over two months since his inauguration.

His effort in hiding from the media broke a 100-year record, leaving journalists with a healthy pool of topics with which to discuss.

Here are five questions that the President must be asked during today’s press conference:

Is There A Crisis At The Border?

The border crisis may be the only guarantee on the list to be addressed by reporters. The situation at the U.S.-Mexico border has become nothing short of a disaster and can’t be ignored – even by a normally compliant lapdog media.

Will reporters demand President Biden define the situation as a crisis, though? That remains to be seen.

The Biden administration has been reluctant to use the word “crisis” to define the debacle of their own making.

Reporter: “Do you believe that right now there is a crisis at the border?”

Biden’s DHS Secretary Mayorkas: “The answer is no.” pic.twitter.com/iDfPdmUVO5

Still, Department of Homeland Security (DHS) Secretary Alejandro Mayorkas has admitted the current situation leaves the United States on pace to see the most migrants breaching the border “in the last 20 years” while Mexican officials have argued the Biden administration has created a “boom time for (drug) cartels.”

But he must admit what is happening is a crisis.

As Senator Lindsey Graham says, “It’s pretty hard to fix a problem if you don’t know what the problem is.”

When Will You Be Raising Taxes?

Perhaps there are more glamorous questions on this list, but Americans – and readers of The Political Insider – who are struggling during the pandemic economy may be most interested in knowing if taxes will be raised on them or their employers, and how it might affect them and their families.

Barron’s reports that “Biden’s tax policy could bring the corporate tax rate as high as 28%, from the current 21%.”

And reporters at the press conference may want to ask the President about a campaign pledge saying, “If you make less than $400,000, you won’t see one single penny in additional federal tax.”

That claim has already been called into question, however.

Americans will most likely want to know why and how taxes are going to be raised during a pandemic, especially when the President recently claimed his $1.9 trillion “relief bill” and direct payments were what people struggling needed.

Do You Support Nancy Pelosi’s Effort To Overturn A State-Certified Election?

This should be a piece of cake for the media – especially considering how they lambasted Donald Trump for not accepting election results over the past five months.

Fox News reporter Chad Pergram asked Pelosi if she “could … see a scenario … of unseating the current member and seating Rita Hart?”

“We’ll see where that takes us,” she replied. “There could be a scenario to that extent.”

* = for all the libs out there, I was anti-Stop the Steal, thought Jan. 6 was a terror attack, and said Trump cost the GOP the Georgia Senate seats. pic.twitter.com/jLU656itLE

Biden must be asked if he accepts the results of a certified election or if he, like Pelosi, supports overruling a bipartisan commission on this particular race.

The hypocrisy that might be revealed would be staggering.

Do You Support Abolishing The Filibuster?

Axios recently reported that President Biden, according to sources close to him, is “fully prepared to support the dashing of the Senate’s filibuster rule to allow Democrats to pass voting rights and other trophy legislation for his party.”

The filibuster is designed to prolong debate and delay or prevent a vote on a bill. Ending debate requires the agreement of three-fifths (60) of Senators, or in today’s Congressional makeup – 10 Republicans would have to join the majority party.

This is a crucial topic as the Democrats’ push to pass the voting rights bill H.R. 1, which is a major overhaul of election law.

“It is a brazen and shameless power grab by Democrats,” Senator Ted Cruz (R-TX) explains. “It speaks volumes that this is HR 1 and S1, that the number 1 priority of Democrats is … keeping Democrats in power for 100 years.”

The American people need to know if the man they just voted into office supports such a brazen power grab.

Do You Still Feel Andrew Cuomo Is The ‘Gold Standard’ Of Leadership?

One way to get him on record would be for reporters to ask him about his own words in describing the New York Governor.

“Andrew Cuomo, thank you for your leadership and the example you’ve set for all Americans during this pandemic,” Biden tweeted in August.

During an appearance on The Jimmy Fallon Show in April, months earlier, Biden suggested Cuomo had “done one hell of a job” and “I think he’s the gold standard.”

Joe Biden called New York governor Andrew Cuomo the “gold standard” for his covid response. Watch when his press secretary is asked if Biden still has that same opinion. She won’t even say no! #partyofscience pic.twitter.com/cfYpDuNwOU

Biden’s White House Press Secretary, Jen Psaki, has been asked the question, but Biden himself must commit.

The former “gold standard” is now embroiled in:

What They’ll Really Ask Biden At The Press Conference

Even if the White House press pool decides to ask President Biden about any of these topics, there is little doubt they will frame the queries in a friendly manner.

There will be few combative moments that became a routine part of the press conferences with former President Donald Trump.

In fact, you’re more likely to see questions about cats and ice cream than you are the above matters.

Reporter: ‘We were promised a White House cat. What happened to that?’

Joe Biden and granddaughter, Finnegan, get milkshakes at Cookout in Durham, NC pic.twitter.com/o4B8ziU7H9

Americans deserve better than this. Will the press conference provide that?