Bernie Sanders On Twitter’s Trump Ban: ‘I Don’t Feel Comfortable About It’ 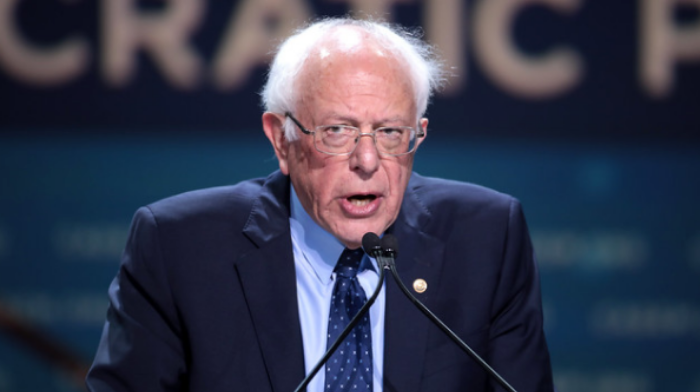 In a recent podcast interview, Democratic socialist Senator Bernie Sanders said that he does not “feel particularly comfortable” with former President Donald Trump being permanently banned from Twitter.

Sanders made his perhaps surprising comments on The New York Times podcast “The Ezra Klein Show” on Tuesday.

Sanders On Twitter’s Trump Ban: ‘I Don’t Feel Comfortable About It’

Sanders was asked if conservative criticisms about liberals becoming “too censorious” and “too willing” to censor those they disagree with politically held water.

Particularly regarding Donald Trump and him being banned from Twitter.

First, Sanders made clear how he feels about Trump – and he is quite clearly not a fan.

“Look, you have a former president in Trump, who is a racist, a sexist, a homophobe, a xenophobe, a pathological liar, an authoritarian, somebody who doesn’t believe in the rule of law,” Sanders said.

Then Sanders explained why he still had problems with Twitter’s policy toward the former president.

“But if you’re asking me, do I feel particularly comfortable that the president, the then-president of the United States, could not express his views on Twitter?” Sanders said. “I don’t feel comfortable about it.”

However, Sanders maintained that internet platforms should not allow for “hate speech and conspiracy theories” to spread out across the country or be used for “authoritarian purposes and insurrection.”

“So how do you balance that?” Sanders continued. “I don’t know, but it is an issue that we have got to be thinking about.”

Twitter’s become too totalitarian even for @SenSanders:

“Do I feel particularly comfortable that the then-president … could not express his views on Twitter? I don’t … yesterday it was Trump who was banned, and tomorrow, it could be somebody else”https://t.co/ZXdQui2Amq

Sanders: ‘Tomorrow It Could Be Somebody Else Who Has A Very Different Point Of View’

Sanders then warned if it happened to Trump, it can happen to you, too.

“Because of anybody who thinks yesterday it was Donald Trump who was banned, and tomorrow it could be somebody else who has a very different point of view.”

The self-described socialist said he did not like “giving that much power to a handful of high-tech people.”

Biden is not the only high profile political figure outside of the Republican Party to criticize social media bans on a former American president.

In January, Mexican President Andrés Manuel López Obrador criticized what he called the censorship of Trump.

MEXICO: President Andres Manuel Lopez Obrador condemned the decision by Twitter and Facebook to ban the accounts of US President Donald Trump.
Obrador: “I don’t like anybody being censored or taking away from the right to post a message on Twitter or Face(book)…” pic.twitter.com/RpP36dKfTM

“I don’t like anybody being censored or taking away from the the right to post a message on Twitter or Face(book). I don’t agree with that, I don’t accept that,” López Obrador said.

He continued, “How can you censor someone: ‘Let’s see, I, as the judge of the Holy Inquisition, will punish you because I think what you’re saying is harmful.”

“Where is the law, where is the regulation, what are the norms? This is an issue of government, this is not an issue for private companies.”

Joe Biden Taps Kamala Harris To Lead Border Crisis Response: ‘I Can Think of Nobody Who Is Better Qualified’