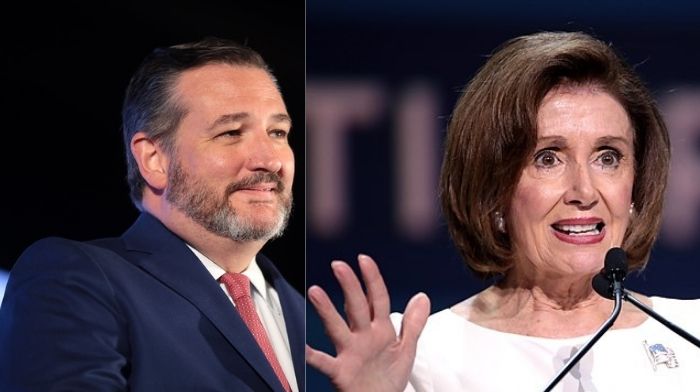 By Senator Ted Cruz for RealClearPolitics

Fresh off of ramming through a $1.9 trillion monstrosity of a stimulus bill stuffed with pork spending and liberal pet projects, Democrats are gearing up to try to radically transform our election system and lock in majorities at every level of elected government for decades to come.

Here are just a few of the countless reasons why this bill may be the single most dangerous piece of legislation we’ve seen in decades:

It throws out state election laws and puts Washington in charge. This bill eliminates countless state election integrity laws, including Texas’ and other states’ voter ID laws, and replaces them with a set of new laws negotiated by Democrat operatives and radical left-wing activists.

RELATED: Kayleigh McEnany Blasts Pelosi For ‘Flouting The Will of The People’ With Her For The People Act

The fact is, Democrats are furious that, last fall, Republicans won control of legislatures across the country, so now they’re trying to use control of the federal government to eliminate states’ common-sense election laws.

It undermines Americans’ voting rights by expanding illegal immigrants’ and felons’ access to the ballot box. The bill mandates registering nearly everyone in the country to vote, regardless of their eligibility, prevents states from maintaining the integrity of their voting rolls or removing dead people, and requires that felons be allowed to vote.

It will effectively repeal state and local election laws put in place by the people through their representatives and allow for potentially millions of felons, non-citizens, or illegal immigrants to decide who runs our federal government.

It codifies voter fraud and mandates ballot harvesting. The bill requires states to allow universal, no-excuse mail-in voting while stripping states of the ability to ensure the integrity of these ballots.

For example, states can’t require IDs to vote and the bill makes it nearly impossible to challenge signature matches without the agreement of a Democrat.

RELATED: Ted Cruz Calls Out Biden For His Hypocrisy When It Comes To Media Blackout Of Border

Moreover, it allows Democratic operatives to collect and submit unlimited ballots – opening the door to widespread fraud – and requires counting these ballots even if they arrive 10 days after Election Day.

It funnels millions of federal dollars to Democrat campaigns and candidates. This law would be federal welfare for politicians; it provides a 6-to-1 public subsidy for grassroots, small-dollar donations.

Democrats always talk a big game about getting small-dollar donations. Turns out that what they really want is a cut of federal spending for their campaigns.

A recent Reuters/Ipsos poll found that 39% of Americans think the 2020 presidential election was rigged. That view is not held by just Republican voters. That belief was shared by 31% of Independents and 17% of Democrats.

This is both tragic and dangerous for the future of our republic.

And if the Corrupt Politicians Act is signed into law, things will only become worse. This bill would destroy the American people’s confidence in our democratic system for the foreseeable future because it is designed to rig future elections for the radical left.

I have no doubt that protecting the integrity of our elections and the voting rights of the American people will continue to be a major focus for elected officials here in Washington and across the country.

And while there are common-sense proposals Congress can consider, it’s the states that the Constitution entrusts with ensuring that our elections are safe and secure and protecting the voting rights of all law-abiding Americans.

This bill is not designed to protect the right to vote.

RELATED: Dear Republicans: Giving Away Money Is Not ‘Highly Popular’

Instead, it’s a dangerous and brazenly partisan power grab designed by the Democrats to corruptly turn their current razor-thin majority into a much larger and permanent majority so they can enact the Green New Deal and other items on their deeply unpopular progressive wish list.

And allowing millions of illegal voters to cast votes robs you of your constitutional right to vote.

Democrats did not write the Corrupt Politicians Act to strengthen our elections system or to restore trust in our democracy. They wrote it to expand voter fraud and try to ensure that they’ll never lose again.

We have to fight every step of the way to stop the Corrupt Politicians Act. We have to stand for free and fair elections and the rule of law, and not hand the future of our republic and our elections to the radical left.

Ted Cruz is a United States Senator for the state of Texas.