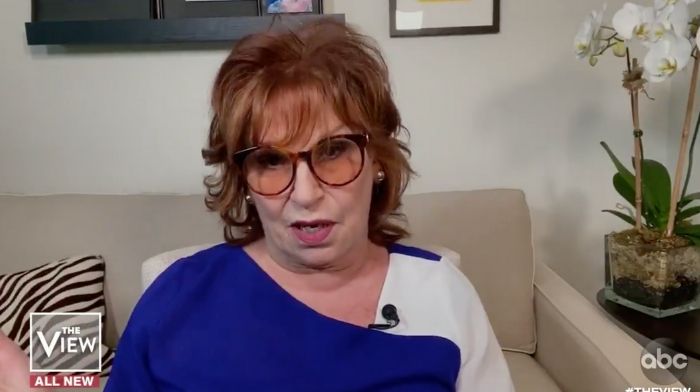 On Tuesday’s episode of “The View,” Joy Behar reacted to the mass shooting in a supermarket in Boulder, Colorado the day before by saying that assault rifles should be banned in the United States.

“Well, in my opinion, the main thing that they should do is ban assault rifles, the AR-15 type of rifles that are responsible for Sandy Hook, Aurora, Colorado, San Bernardino, Pulse nightclub in Orlando, Las Vegas, I could go on and on, Parkland, Waffle House, Tree of Life Synagogue, et cetera,” she said. “All of those massacres were conducted with one of those AR-15 types of rifles.”

“Anybody, a right-minded person, can see that that gun has to go,” Behar continued. “Of course, we have to have background checks. You don’t want any idiot just getting a gun or some mental case. You want people who are — have a background check. It doesn’t make anybody feel safe to have those guns out there.”

“I appreciate if you live, like Meghan says, in an area where you need to protect yourself with a handgun,” Behar added. “There is absolutely no use for this weapon of war to be out there. I mean, people in the world are laughing at us. They think we’re crazy in this country, which we are.”

Her cohost Sunny Hostin felt the same way, going so far as to say that “selfish people that insist on owning” assault rifles are not patriots.

“That is not freedom in this country. You are not a patriot because you think you have the right to own these types of weapons. You are not a patriot,” she added. “You should be taking care of your fellow Americans. So where do we go from here? It is time to start talking right now about gun control.”

Read Next: Michelle Obama Shamelessly Uses Colorado Shooting To Push Her Own Agenda

TEN KILLED IN COLORADO SHOOTING: After a gunman opened fire at a grocery store where residents gathered to shop and receive COVID-19 vaccines in Boulder, Colorado Monday, the co-hosts react and question if Americans will push for stricter gun laws. https://t.co/g3yOiicJiX pic.twitter.com/otRdf5BpIk