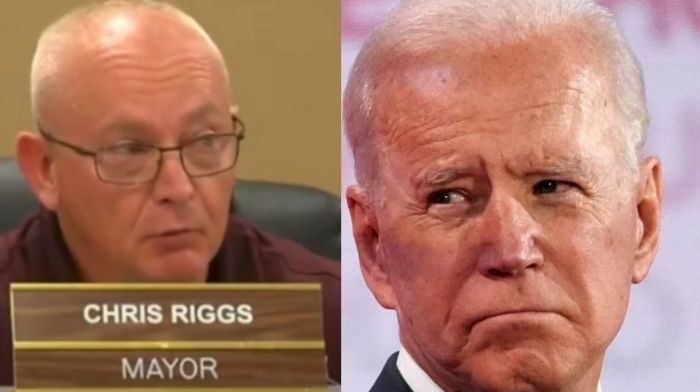 Chris Riggs is the mayor of Gila Bend, Arizona, and he recently declared a state of emergency in response to the border crisis that many feel was created by the actions of President Joe Biden.

On Wednesday morning, Riggs went on “Fox & Friends” to explain why thanks to Biden, he felt that he had no choice but to declare this state of emergency.

“They either bring the [immigrants] by bus, by van or even by one of their fill trucks and they bring them to one of our community parks,” Riggs said. “We have asked for documentation repeatedly on who these people are, where they are from or if they do have a criminal history.”

“They’ll sometimes check and say well they don’t have one in the United States,” he added. “That is not really what I’m concerned about, I’m more concerned about their country of origin.”

“[The federal government] has offered us no help and last night I literally had to declare a state of emergency. I did it through my council so it was very obvious that I wasn’t trying to be political about it. That this is beyond what we are capable of doing as a community of about 2,000 people,” Riggs continued.

Related: Illegal Immigrant Admits That If Trump Was Still President He Would ‘Definitely Not’ Have Crossed The Border

“We simply can’t do it,” the sheriff concluded. “We can’t afford to continue to receive these people and then try to get them to a place where they’re going to be safe and protected. We literally have nothing here for them. We have no housing. We have very limited additional food and other resources. So I really don’t understand why we were even selected for these drops.”

This comes a day after Riggs opened up more about his state of emergency to Fox Business.

“Border Patrol let us know that they were going to be dropping migrants that had been detained for 72 hours in our town, which we really didn’t understand because we have nothing here,” Riggs explained.

Read Next: Ted Cruz Calls Out Biden For His Hypocrisy When It Comes To Media Blackout Of Border