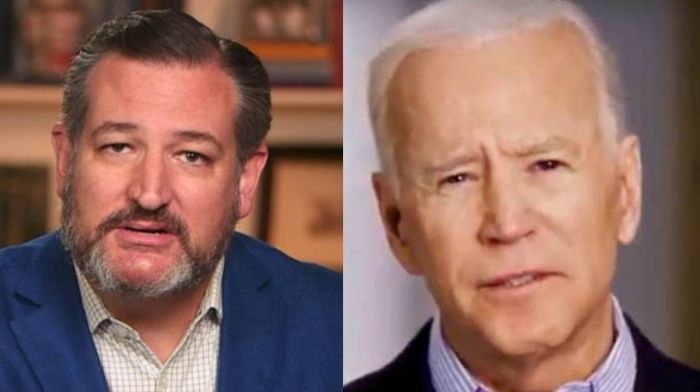 Sen. Ted Cruz (R-TX) lashed out at Joe Biden on Monday in an open letter to him in which he called on the president to be more transparent with the media about the migrant crisis at the U.S./Mexico border.

In letter to the president, Cruz called out Biden, saying that it was “outrageous and hypocritical” for him to ban reporters from accessing the situation at the border.

“As part of our oversight duties as Senators, I and 14 of my colleagues will travel to the border this week to talk to the brave men and women on the ground who are working every today [sic] to stop this crisis and secure our border,” Cruz wrote.

“But it is not enough for members of the Senate to see what is happening — the American people must see,” he added. “That is why I requested that members of the media be allowed to join us. But your administration clearly and emphatically refused to offer press access. This is outrageous and hypocritical.”

Related: Biden Appears To Backtrack – Says He’ll ‘Reestablish What Existed Before’ At Border

Not stopping there, Cruz slammed Biden for pledging “truth and transparency” and already breaking that promise weeks into his presidency.

“At the beginning of your administration, Press Secretary Jen Psaki stressed the importance of ‘truth and transparency’ and a ‘deep respect for the role of a free and independent press,’” Cruz wrote.

“At the beginning of the month, Secretary Mayorkas stated that he would adhere to principles of ‘openness and transparency,’” he added. “But now, when your administration faces a crisis of your own making, you are refusing to allow the very transparency you promised and that you demanded from prior administrations.

‘Denying The Press The Ability To Observe…Is Not Openness’

“Denying the press the ability to observe, film, and report on the conditions at the border is not openness or transparency-it is hiding the truth from the American people,” Cruz said.

“The press and the American people deserve more than denials and excuses from a podium,” he continued. “They deserve to see and understand the crisis for themselves with the help of reporters who are free and independent from your administration.”

This coming Friday, Cruz will be teaming up with Senator John Cornyn (R-TX) to lead a group of fourteen lawmakers to tour the Rio Grande Valley. He ended his letter by saying that it is “unacceptable” that the Biden administration will not allow reporters to join them.

“I call on you to reverse this decision immediately and commit to allowing free and fair reporting on the crisis at the border,” Cruz said.

Read more at LifeZette:
Chelsea Handler Says That ‘Everyone Has To Give A Little Bit Away Who Has Too Much’
FOX 10 Phoenix Anchor’s Integrity Shines as She Resigns in Objection to Bias Reporting and Half-Truths
Toobin Beats All Comers In Liberal Hack