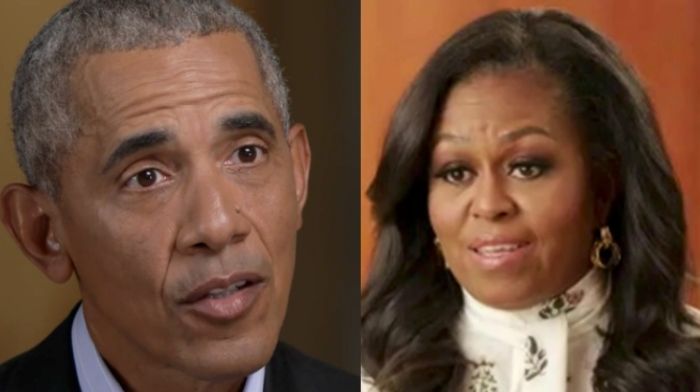 Former First Lady Michelle Obama wasted no time in shamelessly politicizing the mass shooting that left ten dead at a grocery store in Boulder, Colorado on Tuesday, using it to fuel her own gun control agenda.

“I’m heartbroken by these recent tragedies of gun violence, and I just keep thinking about all the leaders who won’t take a stand to save lives and yet line up to pass bills that make it harder for us to vote,” Michelle wrote on Twitter.

“The #ForThePeopleAct is a chance to reaffirm that in America, the power rests with the people,” she added. “It’s our best chance in a generation to protect and strengthen our democracy. So I hope you’ll join me and the @WhenWeAllVote team in supporting this bill.”

The #ForThePeopleAct is a chance to reaffirm that in America, the power rests with the people. It’s our best chance in a generation to protect and strengthen our democracy. So I hope you’ll join me and the @WhenWeAllVote team in supporting this bill: https://t.co/B9VWfEI0LJ pic.twitter.com/D9BGHGPKdd

“It will take time to root out the disaffection, racism and misogyny that fuels so many of these senseless acts of violence. But we can make it harder for those with hate in their hearts to buy weapons of war,” he said in a Twitter post.

“We can overcome opposition by cowardly politicians and the pressure of a gun lobby that opposes any limit on the ability of anyone to assemble an arsenal,” the former president added. “We can, and we must. A once-in-a-century pandemic cannot be the only thing that slows mass shootings in this country.”

A once-in-a-century pandemic cannot be the only thing that slows mass shootings in this country. It’s time for leaders everywhere to listen to the American people when they say enough is enough. pic.twitter.com/7MEJ87Is3E

Read more at LifeZette:
FOX 10 Phoenix Anchor’s Integrity Shines as She Resigns in Objection to Bias Reporting and Half-Truths
Toobin Beats All Comers In Liberal Hack
Chelsea Handler Says That ‘Everyone Has To Give A Little Bit Away Who Has Too Much’