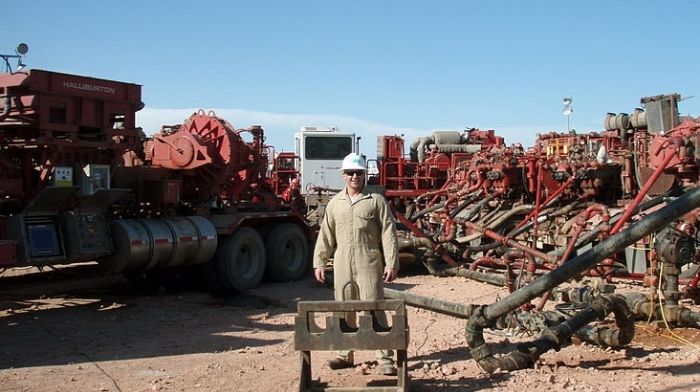 Now the global leader in natural gas and oil production, the U.S. has set the standard for safe, reliable, and affordable energy. America’s energy sector supports more than 10 million jobs across the nation, driving nearly $290 billion of capital investment – all while reducing greenhouse gas emissions.

But unrealistic energy policies and bans on hydraulic fracturing, or fracking, could swiftly undo years of progress and economic growth.

Most aspects of our daily lives are touched in some way by energy from natural gas and oil – from the roads we drive on to the medicine we take and the clothing we wear.

RELATED: Democrats Are The Party Of Make Believe

If we are to meet the ever-increasing demand for efficient and cleaner energy, then natural gas development must continue to be part of the solution.

With the increase of natural gas consumption, particularly in power generation, the U.S. has reduced carbon dioxide emissions to their lowest levels in a generation.

Additionally, methane emissions rates decreased by nearly 70 percent from 2011 to 2018 in the largest-producing U.S. regions, including Appalachia, even as combined production in those regions tripled.

A nationwide ban on fracking would have disastrous consequences, including a potential loss of $7.1 trillion in cumulative GDP and millions of jobs by 2030, likely triggering a recession. Furthermore, a ban would reverse our growing energy self-sufficiency and return us to the days of depending on foreign suppliers.

Families could see household energy costs spike by an average of $618 per year, including higher prices for natural gas, electricity, gasoline, and heating oil, at a time when many cannot afford it.

In the top-producing areas, like Appalachia – third in the world in natural gas production – a ban on fracking would be especially detrimental.

In Pennsylvania alone, fracking and horizontal drilling of the Marcellus Shale, the nation’s largest gas field, has created thousands of family-sustaining jobs, revitalized manufacturing and other industries, and generated billions in new revenues.

Pennsylvania would be among the hardest-hit states by a widespread ban, with projections of more than 550,000 lost jobs in 2022 alone. Annual household incomes would decline more than $5,000 per year.

Nonetheless, the Delaware River Basin Commission voted in February to ban fracking permanently in the river basin, including Carbon, Lackawanna, Luzerne, Monroe, Pike, Schuylkill and Wayne counties, which sit entirely or partly over the Marcellus Shale.

The DRBC’s decision, which followed a ten-year de facto moratorium, ignores a robust regulatory system and strict industry standards that protect the environment and public health. It neglects consumers’ needs for low-cost and reliable natural gas and defies the rights of private property owners.

RELATED: ‘Climate Change’ Policy Is A Money-Making Opportunity For The Elite

Other reputable studies by academic institutions and government agencies have reached the same conclusion.

In the end, Pennsylvanians will pay the price for the false narrative about natural gas production. The data demonstrate natural gas’s safety record and numerous benefits.

The costs of a fracking ban are far too high.

DeSantis Only Regrets ‘That We Ever Locked Down For Even One Day,’ Matt Gaetz Says