Dear Republicans: Giving Away Money Is Not ‘Highly Popular’ 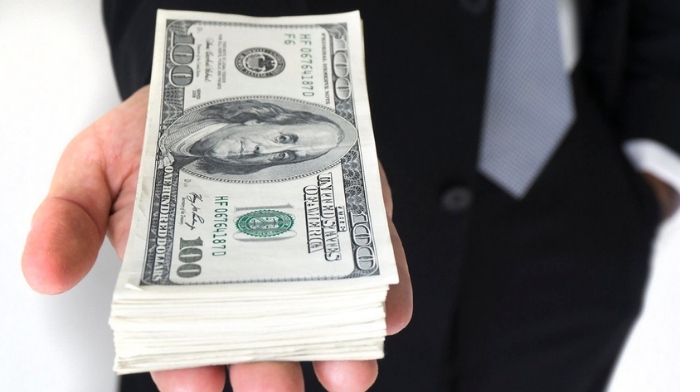 By John Tamny For RealClearMarkets

Imagine a politician running for local or national office with a promise to shrink economic growth. It’s a waste of words to say that such a politician would face long election odds.

More realistically, this person shouldn’t even be referred to as a politician. Politicians tell us what we want to hear, at least somewhat. Someone promising contraction doesn’t even rate the descriptor of politician.

So while it’s a known quantity that assurances of more difficult economic times ahead aren’t political gold, Republican pundits keep acting as though they are.

Evidence supporting the previous claim has been the response from GOP and conservative pundits about the $1.9 trillion American Rescue Plan.

RELATED: Job Creation, Not A $15 Minimum Wage, Will Reduce Poverty

They’ve taken to explaining its passage as being a consequence of what voters allegedly want. Quoting the very excellent Gerard Baker of the Wall Street Journal, he regrettably argues that the so-called “Rescue Plan” is popular because the “federal government giving away money is highly popular.”

Why does Baker believe this? Why do Republicans more broadly?

In case readers have forgotten, every dollar spent or handed out by politicians amounts to them planning non-economic outcomes rendered non-economic by the fact that politicians were the planners of them.

Economic, market-driven outcomes are that way precisely because they result from private actors producing wealth, only to consume it or save it on the way to it being directed to its highest perceived use.

Looked at in the extreme, in the 20th century communist countries failed, and did so for obvious reasons. When government arrogates to itself sole spending power, the economy collapses.

That is so because in a dynamic, free market economy, the free market is regularly rendering the here and now yesterday’s news. That’s why there are for instance no longer telephone booths on street corners, “Blockbuster Nights” for families, nor are there Circuit City stores even though the latter was the top performing stock of the 1980s.

While governments are constrained by the known (thus the endless, baseless fear among politicians about “market power” enjoyed by big, allegedly unbeatable businesses), capital allocators in the real economy are routinely replacing the known with something much better.

Translated for those who need it, government spending that fails in total (think the former Soviet Union, China before the 1990s, Venezuela now) also fails in relatively limited fashion.

When governments spend they don’t just penalize the productive, they also shrink the capital available to the productive. Government spending brings on stasis, at best.

That government spending is so harmful raises an obvious question about why Republicans are so afraid of its alleged political potency. There’s no basis for their fear.

A wise old Republican once said that if Republicans aren’t thinking about tax cuts, then their minds are wandering. So true. Stick to what makes sense.

OK, but government spending is a tax. Plain and simple. It’s politicians extracting precious resources from the private sector only to allocate them in politicized, non-market, constrained by the here and now fashion. These are resources that would otherwise be put to work rushing a much better future into the present.

Crucial about this is that when the future is delayed, so are technological advances that enable much greater productivity, improve our health, and that make the often awe-inspiring present seem primitive and quaint by comparison. In other words, government spending contracts the economy; that, or it limits the ability of an economy to grow.

Which is why it’s so odd that Republicans so regularly pretend that their alleged policy purity is at a disadvantage relative to those not so pure, and who are promising to “give money away.”

In truth, it’s those eager to place more precious wealth in the hands of politicians who are at a disadvantage, and they are for obvious reasons. Unknown is why what’s so obvious isn’t to Republicans, or conservatives, or both.

Lest we forget, it was government on all levels doing too much that caused the economic collapse. The $2.9 trillion spending plan signed into law by President Trump just added economic insult to the previous injury.

Furthermore, it was a cruel non sequitur. Government had already wrecked the economy, only for politicians to be handed to $2.9 trillion more to misallocate?

Looked at in terms of the present, it’s a statement of the obvious why the economy continues to wobble. Politicians are limiting the right of the productive to be productive.

How silly to load $1.9 trillion more of central planning onto what’s already wobbly, and how astoundingly silly for Republicans to pretend that the spending is popular.

It isn’t. What’s popular is economic growth. The problem is that Republicans don’t clearly see the obvious correlation between government spending less and the economy growing more. They would be highly popular if they figured this truth out.

Bring Back the Slap