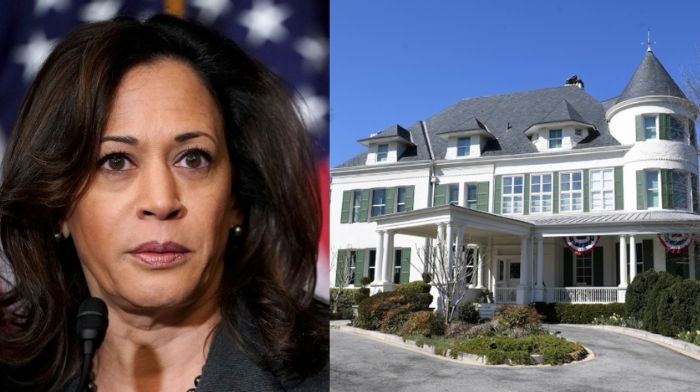 A man armed with a semi-automatic weapon and 113 rounds of ammo was arrested on Wednesday near the official vice presidential residence of Kamala Harris.

Police have identified the man as 31 year-old Paul Murray, a disgruntled veteran from Texas who felt that he was not receiving the proper care, according to People Magazine. Officers with the Metropolitan Police Department arrested him near the Naval Observatory, which includes the vice presidential residence on its property.

Harris was not at the vice presidential residence at the time, as she is currently living elsewhere while it is being renovated. She and her husband, Second Gentleman Doug Emhoff, have been living across the street from the White House at Blair House during the renovations.

“All is good,” a spokeswoman for Harris said of how she is handling the incident.

More Information Comes Out About Murray

A police spokesperson said that the Secret Service detained Murray after he matched an “intelligence bulletin” that came in from San Antonio, Texas.

Murray had gone to his local police department earlier this month to say that he wasn’t getting enough support from Veteran’s Affairs and had stopped taking medication prescribed to him. He had told police back in October that he had been discharged from the Army “due to schizophrenia.”

Police found the rifle and ammo in Murray’s car after they detained him. The report claims that at the time of his arrest, he was in the possession of an “AR-15 semi-automatic rifle, 113 rounds of unregistered ammunition, and five 30 round magazines.”

At the time of his arrest, Harris was at the White House, where she had spent the day on Wednesday. Her daily schedule states that later in the afternoon, she headed next door to the Eisenhower Executive Office Building, where she swore in Michael Regan as the Environmental Protection Agency administrator.

Meanwhile, her husband was in New Mexico for his first solo trip since his wife took office. While there, Emhoff went with Gov. Michelle Luján Grisham and Kewa Pueblo Gov. Sedilio Tenorio to tour a local medical center that was administering coronavirus vaccines.

This piece was written by James Samson on March 19, 2021. It originally appeared in LifeZette and is used by permission.

Peter Strzok’s ‘False Memory’ About the Origins of Crossfire Hurricane