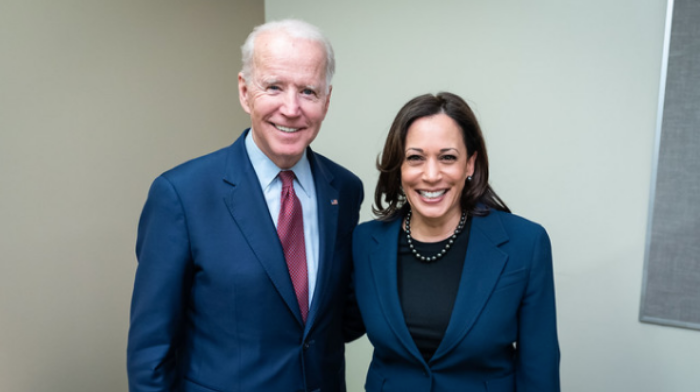 Forgetting the proper titles, roles, and names of people in his administration is becoming something of a tradition for Joe.

Biden: ‘Now, When President Harris And I…’

Biden said during an announcement at the White House, “Now, when President Harris and I took a virtual tour of a vaccination center in Arizona not long ago, one of the nurses on that tour injecting people and giving vaccinations said that each shot was like administering a dose of hope.”

Earlier this month, The Political Insider reported that Biden struggled to remember the name of his Defense Secretary.

“During a speech on Monday, President Joe Biden seemed to have an issue remembering the name of his Secretary of Defense Lloyd Austin while referring to him several times.”

“It’s my great honor to serve as your commander-in-chief,” Biden began a speech on March 8 for the nomination of female generals, Air Force Gen. Jacqueline Van Ovost and Army Lt. Gen. Laura Richardson, to a fourth star and important military commands.

“I look forward to hearing your active duty and recommendations of how we will work together to keep the American people safe, meet every challenge in the 21st century,” Biden said to the nominees. “I want to thank you both.”

This is where Biden appeared to forget the Defense Secretary’s name, and referred to the Pentagon as “that outfit.”

“And I want to thank the sec — the, the, ah former general. I keep calling him general, but my, my — the guy who runs that outfit over there,” Biden said.

Biden came to Houston. He forgot to thank our Republican governor for meeting with him but he did thank “Shirley Jackson Lee” and then forgot where he was. pic.twitter.com/FUDeEB06YD

“What am I doing here?” Biden said eventually, looking at his podium.