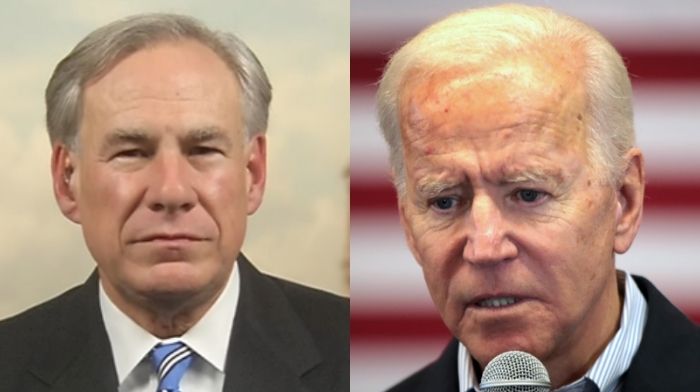 Texas Governor Greg Abbott (R) spoke out on Wednesday to slam President Joe Biden and blame him for the surge in migrant children at the border.

Abbott made these comments while speaking at a hotel across the street from the Kay Bailey Hutchison Convention Center in Dallas where FEMA is housing around 3,000 teenage boys ages 15 to 17.

“These sites are a direct result of President Biden’s reckless open border policies that are causing a surge in crossings and cartel activity,” Abbott said. “The administration has yet to provide answers that Texans deserve.”

Abbott went on to say that 11,000 minors have been apprehended crossing the border into Texas this year alone, which he described as a 60% increase between January (which was under the Trump administration) and February.

“On Monday alone, the Border Patrol took in about 280 child migrants in the Rio Grande Valley sector. America needs to know how these children — some are young children — are coming across the border and who is it that is helping these children across the border,” he continued, going on to say that he had requested that the Biden administration allow Texas officials to interview the migrant children being held in this facility.

Related: Biden DHS Secretary Admits US On Track To Encounter More Migrants Than Any Time Over The Past 20 Years

Abbott then expressed fears that the migrants entering the country could be sick, putting Texans even more at risk for contracting COVID-19.

“Are they being tested for COVID?” Abbott asked. “And if so, how is the administration handling those who test positive?”

Abbott has been at odds with Biden ever since the president took office. When Abbott lifted the mask mandate in Texas earlier this month, Biden was quick to blast this move as “neanderthal thinking.”

As Biden continues to lose control of the situation at the border, we can all expect that he and Abbott will continue to go at it as the governor fights to protect the people of his state.

Read more at LifeZette:
Man Arrested In Michigan For Threatening To Kill Whitmer, Biden, And Pelosi
Kayleigh McEnany Blasts Pelosi For ‘Flouting The Will of The People’ With Her For The People Act
Ivanka, Don Jr. Won’t Be Able To Run In 2024 Because They’ll Be Stuck In Court, Cousin Mary Trump Predicts