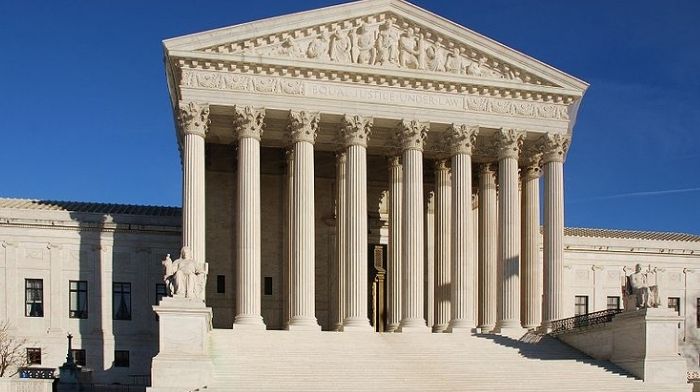 By Kristen Waggoner for RealClearReligion

As all children know, breaking a rule and hurting their brother or sister leads to a consequence. If parents don’t acknowledge the harm and enforce that consequence, the child will likely repeat the offense—over and over again.

Boundaries don’t work if we ignore when they’re broken.

But what children know, adults sometimes forget. The U.S. Supreme Court’s decision on March 8 in Uzuegbunam v. Preczewski serves a much-needed reminder that when government officials violate our constitutionally protected freedoms, they must be held accountable.

The case started in 2016, when Georgia Gwinnett College officials stopped student Chike Uzuegbunam not once, but twice, from peacefully sharing his Christian faith with fellow students on his college campus.

First, college officials said he had to get advance permission to use one of two tiny speech zones. These zones made up far less than one percent of the campus and were only open ten percent of the time.

Chike followed these policies carefully, but when he showed up to share his beliefs, campus police again stopped him.

Like all of us, Chike has a constitutionally protected right to share his beliefs. As a student, he had a right to do so in the open, outdoor areas of campus.

But the college blatantly violated his rights with its unconstitutional policies. After warning the college years earlier that its policies were illegal, Alliance Defending Freedom challenged those policies in court on behalf of Chike.

Caught red-handed, the college offered several excuses. Initially, it argued that sharing the Gospel should be considered “fighting words”—which are not protected by the First Amendment.

Later, the college changed its policies and claimed that was enough; it said it didn’t need to acknowledge or provide any remedy for violating Chike’s rights.

But government officials, such as college administrators, shouldn’t be able to violate people’s rights and then avoid the consequences. That would be like letting a child who repeatedly smacks a classmate avoid any punishment simply by saying that he won’t do it again.

Except here, the college didn’t even go that far. It changed the bad policies for students moving forward but continued to say that the old policies were constitutional and that they hadn’t violated Chike’s rights.

Two lower courts agreed. They said that victims couldn’t continue a lawsuit against government entities for violating their rights unless the victims could prove a quantifiable injury. But violations of constitutional rights aren’t often susceptible to easy price tags.

Chike will never get back the opportunity to share his faith with his peers. What’s that worth? How do you assign a value to the loss of free speech?

RELATED: To Win The Narrative Battle, Conservatives Should Learn From The Left

Actions should have consequences. When there are no consequences for violating constitutional rights, we deny victims justice, we undermine our nation’s commitment to the First Amendment, and we embolden the government to disregard those rights again and again.

Fortunately, the Supreme Court ruled in favor of Chike.

In its 8-1 decision, the court held that Chike has the right to hold college officials accountable. Chike’s case united an incredible coalition, with groups as diverse as the ACLU, Americans United for Separation of Church and State, the Jewish Coalition for Religious Liberty, and the Council on American-Islamic Relations joining ADF.

Because of Chike’s courage and a united coalition, there is now Supreme Court precedent warning government officials that, if they violate our rights, they will be held accountable to the victims.

And that’s good news for every single American.