When Confronted About Detained Kids At Border, Kamala Harris Dodges, ‘I Haven’t Been Briefed Today’ 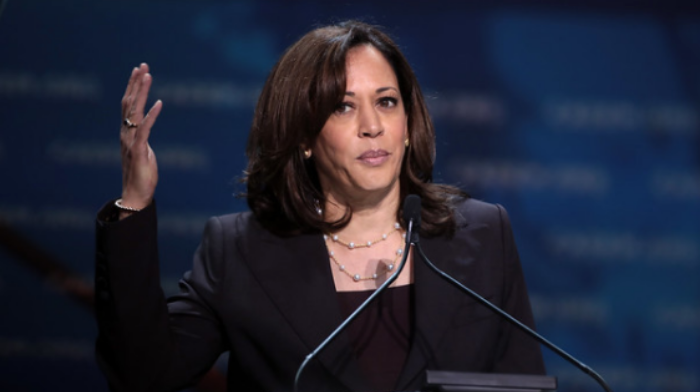 On Tuesday, Vice President Kamala Harris dodged a question about the unaccompanied minor crisis on the U.S. Southern border, telling reporters that she hadn’t “been briefed on it today.”

The surge of unaccompanied minors being apprehended at the border and housed in U.S. facilities has been going on for weeks.

Harris made her comments while promoting the $1.9 trillion coronavirus spending package during a trip to Colorado.

CBS reports that over 4,200 unaccompanied minors are currently being held by the government.

As she prepared to board her plane here in Denver, I asked @VP if she is worried about the influx of migrant children at the border. “I haven’t been briefed on it today,” Harris said as she headed away from us toward the stairs, “but I will when I get on the plane.” pic.twitter.com/kCAdKCpgUl

RELATED: Guam National Guard Marches To Marjorie Taylor Greene’s Office After Comments She Made At CPAC

Harris: ‘I Haven’t Been Briefed On Anything Today’

A reporter brought up the children currently detained on the border and asked Harris if she was concerned.

The vice president replied, “I haven’t been briefed on anything today about it, but I will when I get on the plane.”

This exchange with the press occurred as Harris spoke briefly with reporters at the airport.

While Harris largely sidestepped the issue before the press on Tuesday, presidential candidate Harris strongly condemned the policy of holding children in detention facilities on the border during the 2020 Democratic primaries.

At an NAACP forum, Harris said:

“You look at the fact that this is a president who has pushed policies that’s been about putting babies in cages at the border in the name of security when in fact what it is, is a human rights abuse being committed by the United States government.”

“By Buttigieg’s standard, the Democratic Party has also lost its claim to invoke religion — because the “cages” were built and used by the Obama administration. Harris, a California senator, calls them a human rights abuse, but, like other Democrats, solely blames Trump…

A year ago, Associated Press photographs showing young people in such enclosures were misrepresented online as depicting child detentions by Trump and denounced by some Democrats and activists as illustrating Trump’s cruelty. In fact, the photos were taken in 2014 during the Obama administration.

Many Democrats continue to exploit the imagery of “babies in cages” — as Harris put it — without acknowledging Obama used the facilities, too.”

Now that Harris has ostensibly been briefed since her flight, her comments on the matter should be forthcoming.

Biden breaks Trump record for number of kids in cages at one time https://t.co/E2TOCyQBCt

RELATED: Lisa Murkowski Censured By Alaska GOP After Turning On Trump – Primary Challenger To Be Recruited

Trump And Biden Covered Very Differently On This Issue

In late February, Fox News ran a story detailing The Washington Post’s hypocrisy on how it covered Trump’s border policies regarding minors compared to the Biden administration, which has continued with similar policies.

The Fox News headline in February read, ‘WaPo called out for report on Biden’s ‘migrant facility for children’ after hitting Trump’s ‘kids in cages.’

“Dozens of migrant teens boarded vans Monday for the trip down a dusty road to a former man camp for oil field workers here, the first migrant child facility opened under the Biden administration,” the Post reported.

“The emergency facility — a vestige of the Trump administration that was open for only a month in summer 2019 — is being reactivated to hold up to 700 children ages 13 to 17.”

WaPo continued, “Government officials say the camp is needed because facilities for migrant children have had to cut capacity by nearly half because of the coronavirus pandemic. At the same time, the number of unaccompanied children crossing the border has been inching up, with January reporting the highest total — more than 5,700 apprehensions — for that month in recent years.”

Fox News observed, “The headline, which read ‘First migrant facility for children opens under Biden,’ appeared far more charitable than the coverage the Post gave to former President Trump, particularly during the 2018 migrant crisis when the administration enforced its child-separation policy among migrant families.”