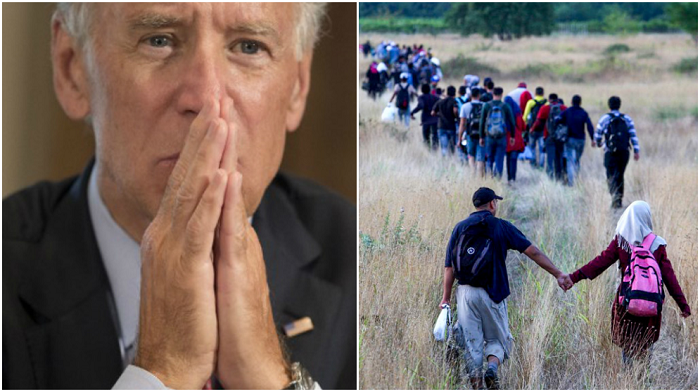 The Customs and Border Protection agency (CBP) has confirmed the arrest of four individuals on the FBI’s terror watchlist at the southern border since October.

A congressional aide told Axios that three of the persons in question were from Yemen, while a fourth was from Serbia.

That source also noted that “the four arrests are more than the number of similar people taken into custody during recent full fiscal years.”

The news comes following a visit to the border by House Republicans on Monday, after which they claimed an unspecified number of migrants crossing the border had been identified as being on the terror watchlist.

Democrats were skeptical following the claims.

Rep. Ruben Gallego was featured in a Washington Post column in which he declared House Minority Leader Kevin McCarthy and the Republicans were lying.

“Weird as the Chairman of the subcommittee on Intelligence and Special Operations and a border state member of Congress, haven’t heard anything about this,” tweeted Gallego (D-AZ).

“Gonna ask for a briefing. Pretty sure he is either wrong or lying.”

WATCH: @RepJohnKatko (R-NY) reveals suspects on terror watchlist have been apprehended at border amid the ongoing crisis.

“We need to wake up.” pic.twitter.com/3NnenSKwci

RELATED: Biden DHS Secretary Admits US On Track To Encounter More Migrants Than Any Time Over The Past 20 Years

Individuals on the Terror Watchlist Apprehended at the Border

CBP’s confirmation that individuals on the FBI terror watchlist are being arrested at the US-Mexico border seems to suggest it is Gallego and the Democrats who are ‘wrong or lying.’

It also suggests the crisis facing the Biden administration at the border is even more dangerous than they’ve been letting on.

Rep. John Katko (R-NY), who also toured the southern border, asserted people trying to cross into the country were on the terror watchlist.

“People who they’ve got in the last few days … have been on the terror watchlist,” said Katko. “Individuals that they have on the watch list for terrorism are now starting to exploit the Southern border.”

“We need to wake up, we need to understand,” he continued as he urged President Biden to admit he’s made a mistake with his immigration policies.

This disturbing fact backs up what @GOPLeader said yesterday, after which Democrats accused him of lying ⬇️ https://t.co/6LhnafkvCc

Not the Only Concerns at the Border

Terrorists at the border aren’t the only worry under the Biden administration.

Last week, reports surfaced indicating government officials in Mexico are concerned that President Biden’s border policies are encouraging illegal immigration and leading to an explosion in organized crime and gang activity at the border.

On Tuesday, Department of Homeland Security (DHS) Secretary Alejandro Mayorkas admitted that the number of migrants at the border is on pace to be the most the United States has seen “in the last 20 years.”

President Biden finally addressed the border surge in an interview with ABC News, telling migrants not to come.

“I can say quite clearly: Don’t come over,” Biden said. “Don’t leave your town or city or community.”

“Do you have to say quite clearly, ‘Don’t come’?

Biden: “Yes, I can say quite clearly: Don’t come over…Don’t leave your town or city or community.” https://t.co/eNhw9ARhzg pic.twitter.com/isbaH4SD5y

Axios points out that former President Trump and other Republicans have “sometimes inaccurately” made claims of terrorists being apprehended at the southern border.

Still, they add, “The Department of Homeland Security stopped more than 3,700 people on the watchlist from coming into the country during fiscal year 2017.”

“There is indeed disorder at the border by executive order. No question about it,” Katko said referencing criminals trying to take advantage of the administration’s lax border policies.

What Does the Future Hold for the GOP?