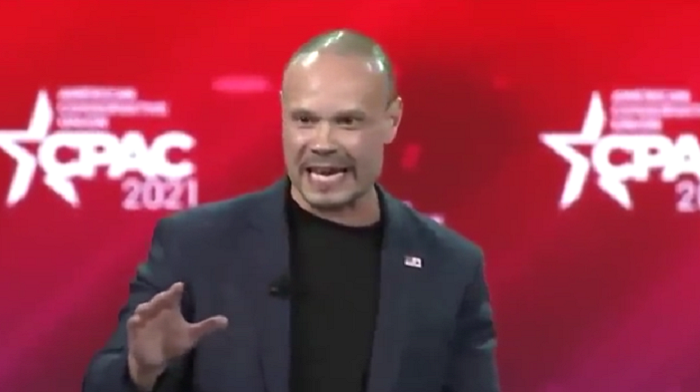 Outkick reports that Dan Bongino is poised to sign a contract with Westwood One airing a new live three-hour broadcast in the time slot Rush Limbaugh owned for years.

The conservative radio host, who already boasts of a top listened-to podcast, would be airing his new show between 12 and 3 p.m. eastern standard time.

Limbaugh dominated the airwaves at that time for decades.

Outkick conveys that the contract isn’t quite signed, “but is expected to get done barring last-minute differences.”

They note that while “no one” can replace Rush, “radio executives saw Bongino as the logical successor from 12-3.”

Limbaugh, the conservative icon, radio legend, and conscience of the Republican Party, passed away last month at the age of 70, having battled Stage IV lung cancer.

Bongino might be a natural fit for Rush Limbaugh’s audience, but RedState is reporting others could similarly jockey for air time during the 12-3 position.

They mention that former Fox News radio host Todd Starnes has expanded his role to fill the gap, as well as radio host and former spokesperson for the National Rifle Association, Dana Loesch.

The deal, should it get done, allows “many radio affiliates … the option to add Dan Bongino to the lineup” in Rush’s stead, Outkick disclosed.

Bongino, though, has the aforementioned podcast to launch from, as well as a strong media presence with the Bongino Report, as a co-owner of the social media site Parler, and holder of an equity stake in Rumble, a video-sharing platform.

Big media news: Sources tell @OutKick that Dan Bongino (@dbongino) has agreed to terms with Westwood One to air a live three-hour radio show from 12-3 ET.

No one can replace Rush, but should this deal get finalized, it’s a strong option.

RELATED: Dan Bongino Tells Officials They Can Take Their Mandatory Mask Order And ‘Shove It’

Bongino Long a Favorite of Conservatives

Bongino paid homage to Limbaugh at this year’s Conservative Political Action Conference (CPAC), referring to him as the “godfather of the conservative movement in modern times.”

He noted the empty void left by the “too soon departed Rush Limbaugh” during his speech, referring to him as “the hero in our time.”

“I would never be here without Rush Limbaugh.”

Bongino has long been a star of the conservative movement.

He is a former Secret Service agent who worked to protect former Presidents George W. Bush and Barack Obama, and worked in some capacity with former Secretary of State Hillary Clinton.

In an interview with NewsMax in 2016, Bongino described Clinton as “a woman of really poor character.”

A year later, he posted a viral tweet that described Hillary as “an obnoxious, rude, condescending, fraud who cares about ONE thing – herself.”

Bongino was one of the first conservatives to dismiss calls from officials demanding Americans wear masks during the pandemic by telling them in July: “You can take your mask mandate and shove it right up your a**.”

“You can take your mask mandate and shove it right up your ass, you understand? Because I will not comply.”
–@dbongino @TPInsidr @rustyweiss74 @MattPalumbo12 https://t.co/XDEoB4h4Al

“My entire life right now is about owning the libs. That’s it,” Bongino has declared.

Similarly, Limbaugh said in an October broadcast that he relished the opportunity to “hang around a long time to continue to annoy the left.”

And he certainly did, even after his death.

Now Bongino may have an opportunity to annoy them for years to come.