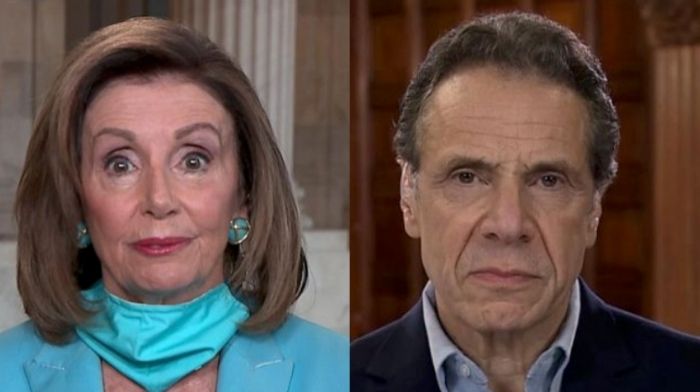 While appearing on MSNBC’s “Morning Joe” on Wednesday, House Speaker Nancy Pelosi (D-CA) once again addressed the sexual harassment claims that have been made against Governor Andrew Cuomo (D) as a growing number of Democrats are calling for him to resign.

On Tuesday, President Joe Biden said that Cuomo should resign if the allegations are proven to be true, and Pelosi said this morning that she agrees with him.

“People have to unlearn some bad behavior in order to learn how we should go forward,” Pelosi concluded. “And again, if these allegations are proven to be true, then zero tolerance would follow that the governor should not continue.”

This came a day after Biden was asked by ABC’s George Stephanopoulos, “If the investigation confirms the claims of the women, should he resign?”

“Yes. I think he’d probably end up being prosecuted too,” Biden replied. “A woman should be presumed to be telling the truth, and should not be scapegoated and become victimized by her coming forward, number one. But there should be an investigation to determine whether what she says is true. That’s what’s going on now.”

“It takes a lot of courage to come forward, so the presumption is, it should be taken seriously and it should be investigated, and that’s what’s underway now,” he continued.

EXCLUSIVE: @GStephanopoulos on Gov. Andrew Cuomo: “If the investigation confirms the claims of the women, should he resign?”

Last weekend, Pelosi had declined to say that Cuomo should resign, instead saying that he should “look inside his heart” to see if he can still govern effectively in the wake of this scandal.

“I think we should see the results [of the investigation], but he may decide, and hopefully this result will be soon, and what I’m saying is the governor should look inside his heart,” Pelosi said. “He loves New York, to see if he can govern effectively. That could be one of the considerations he has.”

Full Story: Pelosi Refuses To Demand Cuomo Resign – Says He ‘Should Look Inside His Heart’ To See If He Can Lead Effectively