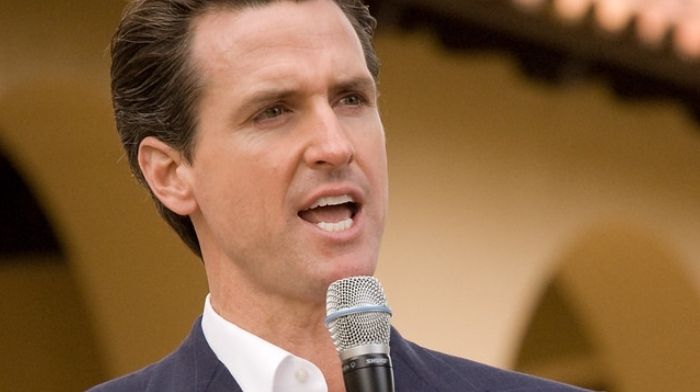 Leo Terrell, the civil rights attorney and life-long Democrat who became a Trump supporter in 2020, accused embattled California Governor Gavin Newsom of playing “racial politics” as an effort to recall him looms over his head.

Terrell added that Newsom’s recent claim of the recall effort being led by extremist groups is a “big lie.”

“Last year was the first time that I wanted to leave this state. Why? Because he basically locked it down for no reason. He didn’t follow the science and he deserved to be recalled. But the lies about who supports this recall, it’s everyone of all colors, shapes, sizes and all political parties.”

Terrell also commented on Newsom’s pledge to appoint an African-American woman to fill current Sen. Diane Feinstein’s seat, should she, at 87, decide to retire.

“I think right now it’s one of the most insulting aspects of racial politics the Democrats believe just because they’re going to nominate a black person, all black folks are supposed to follow that.”

RELATED: Biden Says Cuomo Should Resign, Could Face Prosecution – Only If Sexual Harassment Allegations Are True

Gavin Newsom has laid the blame on many things and people for the effort to recall him.

On Monday, he told MSNBC’s Joy Reid, “Let me be more candid and more direct. The principal sponsor of this recall effort wants to put microchips in immigrant aliens. We have folks that are literally part of the 3% militia group — right-wing group — that are part of the principal proponents of this effort.”

The main website defending Newsom from the recall effort blares: “A partisan, Republican coalition of national Republicans, anti-vaxxers, Q-Anon conspiracy theorists and anti-immigrant Trump supporters” are behind the recall.

But vast right-wing conspiracies aside, Newsom appears to be taking the recall effort seriously.

In a report from Politico, he is planning a $100 million media blitz with the help of socialist Sen. Bernie Sanders (I-VT) and far-left Sen. Elizabeth Warren (D-MA).

Newsom senior strategist Sean Clegg said, “We’re gonna take this extremely seriously…we’re gonna get ready-and fight like hell. This is a Republican recall-with a capital ‘R’-and we’re going to make it that.”

Good morning to everyone, but especially to the hundreds of people who have signed up and are texting Californians asking them if they oppose this far-right Republican recall attempt.

RELATED: When Confronted About Detained Kids At Border, Kamala Harris Dodges, ‘I Haven’t Been Briefed Today’

What Recall Proponents Are Saying

The recall petition actually began in February of 2020, so it doesn’t list Newsom’s stringent COVID restrictions as one of the reasons, though many petition signers no doubt have that in mind when they join the effort.

For example, Californians and the nation saw pictures surface of Newsom enjoying dinner at the trendy French Laundry restaurant with a large group of people, none wearing a mask, including Newsom, after issuing multiple lectures to his own citizens about mask wearing.

The grievances against Newsom in the recall petition read:

Laws he endorsed favor foreign nationals, in our country illegally, over that of our own citizens. People in this state suffer the highest taxes in the nation, the highest homelessness rates, and the lowest quality of life as a result. He has imposed sanctuary state status and fails to enforce immigration laws. He unilaterally over-ruled the will of the people regarding the death penalty. He seeks to impose additional burdens on our state by the following; removing the protections of Proposition 13, rationing our water use, increasing taxes and restricting parental rights.

In now-typical Democrat fashion, Newsom wants to make the recall about Donald Trump.

She stated that roughly one-third of the petition signatories identified as Independent or Democrat voters, and that 50% are women.

Dunsmore said of the reasons for the recall, “It’s not just the French Laundry. It’s the gas taxes, the rolling blackouts, the wildfires, and now widespread anger and frustration at his COVID-19 management. Under Newsom, everybody has gotten a major lesson in ‘Government Screws You 101’.”

California is 50th out of 50 in getting kids back to the classroom. That alone warrants a recall.

RELATED: Biden Wants Americans To Keep Wearing Masks Until Everyone Is Vaccinated For COVID

As Gavin Newsom continues to blame everyone but himself for the the current condition of California, the real race card that may be being played is in the form of failed California businesses, many of them minority-owned.

Gavin Newsom might reconsider who is supporting the recall.

Mental Illness Doesn’t Have A Color Or A Political Party; Evil Is Evil And Should Be Called Out

Man Arrested In Michigan For Threatening To Kill Whitmer, Biden, And Pelosi