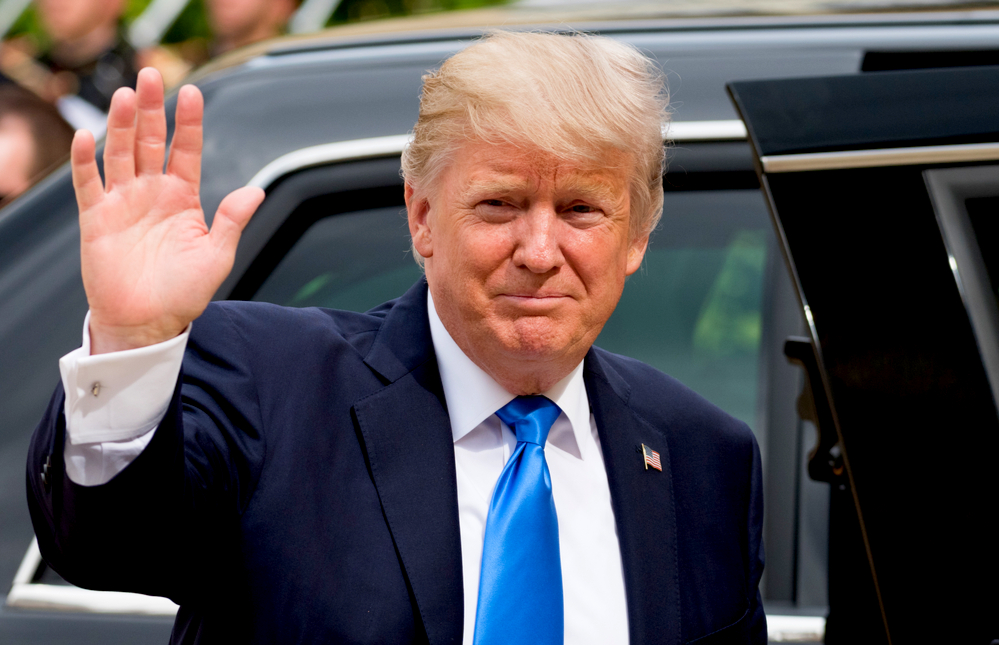 Loychik took to Twitter on Saturday night to announce his proposal, which has been drawing attention from both sides of the political aisle.

“This legislation is meant to honor the commitment and dedication that our 45th President of the United States, Donald J. Trump, bestowed upon the great people of Trumbull County,” Loychik said in his statement.

“I witnessed the unprecedented and astounding support that President Trump received from constituents across the 63rd District and on Mosquito Lake State Park,” he added.

“This enthusiasm for our former president was also historic throughout the state of Ohio last November as he pushed for initiatives and policies that was very well-received with my constituency and the state,” Loychik continued.

“I will soon be introducing this bill to recognize the triumphs Trump brought over the last four years to this great nation and the Buckeye State,” he concluded.

Related: Trump Hints That Meghan Markle Running Might Draw Him Into 2024 Race

The left is trying to cancel President Trump but we won’t let them win!

Unsurprisingly, Democrats were immediately triggered by this proposal, as they don’t want to see Trump honored in any way.

“Why would you name a lake after the only president in U.S. history to have been impeached twice?” state Rep. Michael J. O’Brien (D) told The Tribune Chronicle. He added that he “was absolutely blindsided by this news.”

While O’Brien believes that the park’s current title “isn’t a positive name,” he thinks Loychik’s proposal to rename it after Trump “would create political turmoil.”

“In the event there would be a name change, it would be disrespectful [not to consider] famous former residents of Trumbull County like President William McKinley, Clarence Darrow, and the Packard Brothers, just to name a few,” the Democrat said.

Related: Trump Recommends Vaccine To His Supporters: ‘It Is A Great Vaccine’

Others, however, threw their support behind the idea.

“Ohioans know that the policies of President Trump put Ohioans first and this is a great way to recognize that fact,” said Jane Timken, a Republican candidate for the U.S. Senate.

She previously said that she is running to represent Ohio as a U.S. Senator, to “fight for the Trump agenda, stop socialism dead in its tracks and be a champion for all Ohioans.”

Man Arrested In Michigan For Threatening To Kill Whitmer, Biden, And Pelosi

China’s Useful Elitists: Why Are Westerners Covering For Beijing?