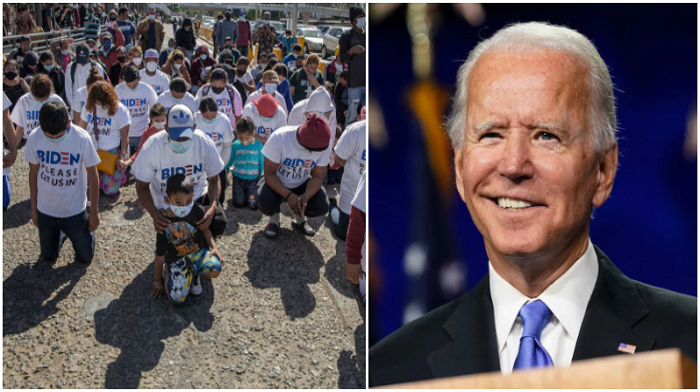 Department of Homeland Security (DHS) Secretary Alejandro Mayorkas admits that the number of migrants at the border is on pace to be the most the United States has seen “in the last 20 years.”

Mayorkas said the Biden administration is grappling with a “difficult” situation at the border but suggests the nation has endured such border spikes in the past.

Still, the numbers are staggering.

“We are on pace to encounter more individuals on the southwest border than we have in the last 20 years,” the DHS head reported.

“The situation at the southwest border is difficult,” Mayorkas added. “We are making progress and we are executing on our plan. It will take time and we will not waver in our commitment to succeed.”

NEW:
DHS Secretary Alejandro Mayorkas releases a statement about the situation at the southern border, saying the situation “is difficult” and they are “making progress.” pic.twitter.com/j1FGkZUG59

Migrant Crossings Most In 20 Years

Mayorkas insisted that his plan was more about keeping their moral compass rather than dealing with a crisis leading to a 20-year high in migrants at the border.

“We will also not waver in our values and our principles as a Nation,” he said.

“Our goal is a safe, legal, and orderly immigration system that is based on our bedrock priorities: to keep our borders secure, address the plight of children as the law requires, and enable families to be together.”

What’s happening at the border is more than a crisis. This is human heartbreak.

And it was created by the policies of President Biden. pic.twitter.com/PNUUoXy6NZ

That last part is just shy of honest, since even members of the Squad and the media have pointed out the Biden administration is separating children and placing them in migrant facilities if they are not with their birth parents.

This is not okay, never has been okay, never will be okay – no matter the administration or party. https://t.co/AEV7s7QQnB

Texas Better Step Up Their Game

In addition to those migrant facilities, a report surfaced over the weekend indicating over 2,000 migrant teenagers will be housed at the Kay Bailey Hutchison Convention Center in Dallas, Texas.

Rocky Vaz, director of the Office of Emergency Management in Dallas, said in a memo that the migrant teen boys would be placed in “decompression centers.”

Vaz added the effort is necessary to “help relieve the overcrowding currently at the border.”

Immigrant teens to be housed at Dallas convention center https://t.co/ql9bRDoHM2

Texas Governor Greg Abbott announced earlier this month that he is deploying National Guard troops to the southern border to address the border surgery.

“The crisis at our southern border continues to escalate because of Biden Administration policies that refuse to secure the border and invite illegal immigration,” he said.

Well done, but why is Dallas accepting migrants at the behest of the administration?

Mayorkas, meanwhile, claimed just two weeks ago that there is no crisis developing at the southern border.

“I think that the – the answer is no,” he claimed. “I think there is a challenge at the border that we are managing, and we have our resources dedicated to managing it.”

It’s not a challenge at the border, Mr. Mayorkas. It’s a crisis. A crisis not seen in 20 years.

Ready To Have Your Opinions Shared? We’re Looking For A Few Virtual Interns!

McConnell Warns Democrats of ‘Scorched-Earth Senate’ If Filibuster Is Removed