Woke-A-Cola: Coke Will Only Work With Law Firms That Abide By 30% Diversity Quotas 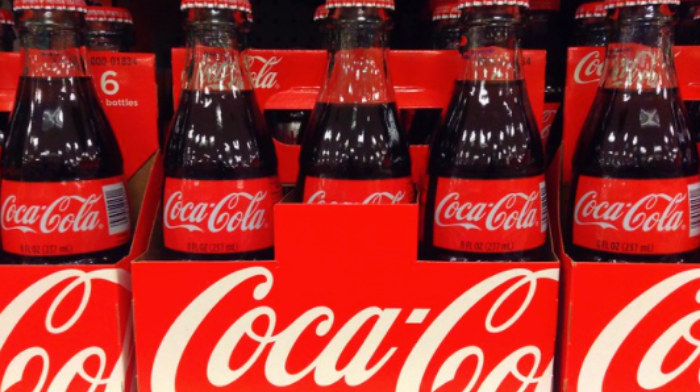 A January 28 letter from Coca-Cola’s legal department penned to its U.S. outside counsel said that law firms that want to work with with soda giant must “commit that at least 30 percent of each of billed associate and partner time will be from diverse attorneys, and of such amounts at least half will be from black attorneys.”

The letter added that making sure the law firms Coca-Cola works with in the future are at least 50 percent diverse is the company’s “ultimate aspiration.”

Letter from General Counsel of @CocaCola to U.S. Law Firms supporting the Coca-Cola Company on the Company’s commitment to diversity, belonging, and Outside Counsel diversity. Read: https://t.co/HWm4XkwyW8 #sdlaw #sdcba pic.twitter.com/QPYGWE5KRP

RELATED: Rand Paul Torches Fauci – He Sees Himself As A Greek Philosopher Of Sorts Who Tells You ‘Noble Lies’

Whatever one thinks about the Coca-Cola company’s diversity thresholds, the multinational corporation might have trouble meeting their goals.

According to the American Bar Association in 2020, black attorneys in the U.S. only make up about 5 percent of all U.S. attorneys.

Not to mention, according to U.S. Census data, black Americans in 2020 only made up 13.4 percent of the U.S. population.

Coca-Cola may be making demands of law firms that are not necessarily possible at the moment.

This week, the Coca-Cola legal department shared a letter with our outside counsel. It details our commitment to diversity, inclusion and belonging, including new requirements for all law firm partners moving forward. Learn more: https://t.co/G5WIWzAkFt pic.twitter.com/EuHO1lMH8z

Coke VP On New Diversity Mandates: ‘Quite Simply, This Is Now An Expectation’

Still, Coke stated that not complying with the company’s diversity guidelines after two quarterly reviews would mean a 30 percent reduction in payment and could mean the end of the two parties’ working relationship.

Coca-Cola senior vice president and general counsel Bradley Gayton said in a statement, “The time has come for us to stop championing good intentions and motivations, and instead, reward action and results. Quite simply, this is now an expectation.”

“My hope is that our law firm partners view this as an opportunity to effect real systemic change and that others, both within and outside of the legal profession, take inspiration and join with similar commitments of their own,” the statement added.

According to Reuters, Gayton views the fee cuts to firms failing the diversity quota as “a bit punitive and meaningful.”

Reuters reports that Hewlett-Packard and Microsoft have demanded diversity in their outside counsel as well.

In February, Coca-Cola reportedly urged employees during the promotion of an online training to “try to be less white” to help fight racial discrimination.

According to the NY Post, the training course was offered by LinkedIn Education.

A spokesperson for Coca-Cola confirmed to Newsweek that they used the course, in an effort to build “an inclusive workplace.”

🚨🚨🚨 BREAKING: Coca-Cola is forcing employees to complete online training telling them to “try to be less white.”

These images are from an internal whistleblower: pic.twitter.com/gRi4N20esZ

Other tips included “be less arrogant, be less certain, be less defensive, be more humble, listen, believe, break with apathy,” and “break with white solidarity.”

Also according to Newsweek, LinkedIn has removed “be less white” training materials.

COVID Cases in Texas Decline as Restrictions are Lifted