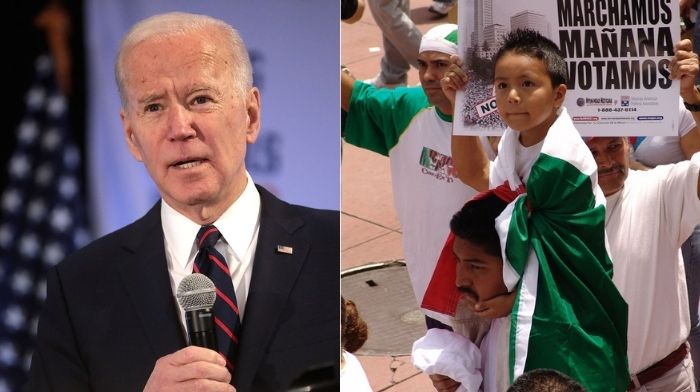 In the wake of the Biden administration overturning Trump-era immigration reforms, several Republican State Attorneys General are looking towards the federal judiciary to fight back.

While the Republican Party is the minority party in both houses of Congress, they do have a majority of the state Attorneys General positions. At least until 2022, state-based lawsuits against the Biden administration will be Republicans’ best hope to stop radical changes to immigration.

Immigration fights have gone back and forth, depending which Party has the majority in Congress and who is in the White House, for at least a decade.

These Attorney Generals see a serious humanitarian crisis looming at the southern border.

“This must be stopped now to avoid a dangerous humanitarian crisis.”

Arizona and Montana are the latest states to sue @JoeBiden over his immigration policies.

Who Is In The Fight?

Of the AG’s fighting back, Arizona Attorney General Mark Brnovich stated, “I think the one thing that is becoming crystal clear with the Biden administration is that they are going all in on open borders. It’s troublesome. And I think that in the long run, this is gonna hurt America.”

Dallas Morning News reports that Paxton said, “I told the Department of Homeland Security and Joe Biden last night to rescind its deportation freeze, which is unconstitutional, illegal, and bad for Texas and the nation. They didn’t budge. So Texas is bringing them to court.”

“The Biden administration’s actions will allow criminal aliens to be released into and move freely in the state of Florida, and their resulting crime will cost the state millions of dollars on law enforcement, incarceration, and crime victim’s assistance. It will also cause unquantifiable harm to Florida’s citizenry and will force the state to expend its own law enforcement resources to pick up the slack.”

We are taking legal action against the @JoeBiden administration’s reckless policy of refusing to do their jobs and deport serious criminals. This careless shift in policy puts Floridians and our law enforcement officers in danger and it must end. pic.twitter.com/VEYUu3pcQ0

One of the things Biden is taking off the books is called “public charge rule”. This rule makes it more difficult for immigrants to obtain legal status if they will require public welfare programs like Medicaid, food stamps, and housing vouchers.

On his first day in office, Joe Biden halted construction of the border wall, and also instructed the State Department to begin once again the processing of visas of people coming from predominantly Muslim countries, a repeal of a Trump executive order restricting entry into the U.S. by people from those nations.

We’ve seen what happens when you don’t secure the border…the negative consequences affect children, #Texas, and the rest of the country. And yet, for some reason the Biden administration wants to repeat all of that.

RELATED: Woke-A-Cola: Coke Will Only Work With Law Firms That Abide By 30% Diversity Quotas

A Tale Of Two Visions

In what might be one of the most illustrative examples of how Democrats and Republicans are viewing the situation at the southern border, during an appearance on ABC’s This Week, Speaker of the House Nancy Pelosi (D-CA), stated the reason for the influx of immigrants to the U.S. was climate change.

“My most recent trip to the northern triangle, that would be Honduras, Guatemala, El Salvador. You saw the impact of climate change. These people were leaving because of the drought.”

“They couldn’t farm, and they were seeking other ways to survive,” she added. “There are many reasons to go into this, but the fact we have to deal with it at the border, and some of the people coming there are seeking asylum.”

He told Fox News Channel’s Judge Jeanine Pirro during an appearance on “Justice” that the Biden administration policies have “caused” the border situation, and that it is “intentional.”

It might be a nasty in-house fight, but Republicans are not giving up the fight for border security.

.@GovRonDeSantis calls out the Biden administration’s “disastrous” immigration policies that have led to another crisis at the border. pic.twitter.com/4jysxuGG99