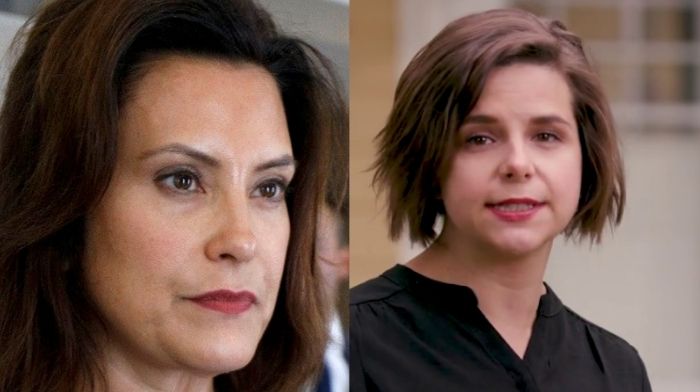 A Democrat Michigan state representative admitted to her constituents this week that a string of settlements Governor Gretchen Whitmer (D) has approved with former appointees is “concerning.”

The Detroit News reported last week that Whitmer’s administration had made settlement agreements with various appointees of hers, including former Michigan Department of Health and Human Services Director Robert Gordon; his former deputy, Sarah Esty; and former director of the state Unemployment Insurance Agency, Steve Gray.

Republicans have claimed that this was “hush money” that was paid out to former top appointees to stop them from talking about their experiences in her administration. During a virtual meeting with her constituents, state Rep. Laurie Pohutsky (D) was asked about these payments.

“What on earth is going on around the governor paying people when they quit or quit,” Pohutsky read as she used air quotes. “It sounds like both sides of the aisle are not happy.”

She was referring to the fact that Gordon resigned suddenly under questionable circumstances, with Whitmer refusing to offer details as to why he did so. It has since been revealed that Gordon received a separation agreement worth $155,506 on the condition that he not speak publicly about his time in the administration.

“It’s concerning, to say the least, I’m not going to sugar coat it,” Pohutsky said in response to the question, adding that she “not a lawyer,” but continued by saying, “I get why people aren’t happy.”

After saying that Whitmer was paying out what was left of Gordon’s contract, Pohutsky said, “I guess that makes sense.”

She then touched on the revelation that Gordon’s deputy, Sarah Etsy, had received a payment as well.

“I do not know. I do not understand. I find it concerning. I assume this will be discussed in the Oversight Committee this term,” she said, adding that she is “not in the business of sugar coating things or defending things that I don’t find defensible.”

This comes after Gordon was invited to testify about his agreement with Whitmer before the Michigan House Oversight Committee.

“It is extremely troubling that our state government has become one of the least transparent in the country,” committee chairman state Rep. Steve Johnson (R) said. “Specifically, I have reached out to the DHHS on multiple occasions to receive data that the department claimed was incredibly accurate, yet never received it.”

Johnson went on to say that he thinks Gordon’s testimony “is vital to discovering the truth behind his abrupt resignation and the recent lack of transparency from the DHHS.”

Read more at LifeZette:
Reporter Arrested After BLM Riot Melee
Marco Rubio Says No To Radical Abortion Activist at Department of State
Kayleigh McEnany Reveals She ‘Warned The Reporters’ That Biden Would Rarely Talk To The Press

One of the Most Beautiful Churches in the World