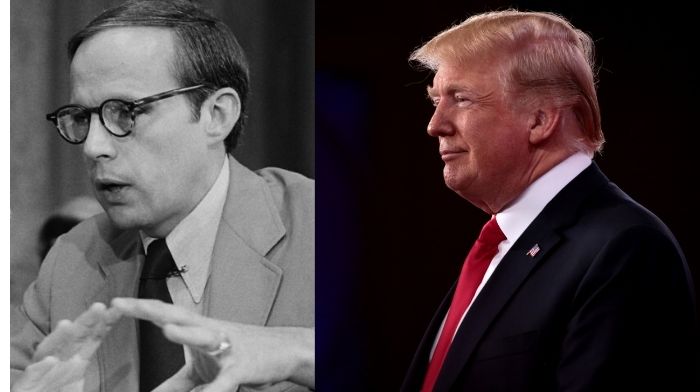 In a report from The Hill, Cohen has allegedly met with the Manhattan District Attorney’s office on seven different occasions, apparently pertaining to a criminal investigation into Trump’s taxes.

Cohen, is serving a three-year home confinement for tax fraud, bank fraud, and lying to Congress about payoffs to adult film star Stormy Daniels, who allegedly had sexual encounters with Trump.

“I assure you that you do not visit a prosecutor’s office 7 times if they are not planning to indict those about whom you have knowledge. It is only a matter of how many days until DA Vance indicts Donald & Co.”

From personal experience as a key witness I assure you that you do not visit a prosecutor’s office 7 times if they are not planning to indict those about whom you have knowledge. It is only a matter of how many days until DA Vance indicts Donald & Co. https://t.co/OaqribQBQO

What Is The Manhattan D.A Looking For?

Back in February, the Supreme Court ruled to allow the release of Trump’s tax returns. Trump has consistently said that at some point he would release his returns, but has yet to do so.

While the Court has allowed the release of the returns, they will not be made public, intentionally. The ruling simply allows them to be used in grand jury proceedings, which are to remain confidential.

However, former U.S. Attorney Harry Litman said that if Vance charges Trump, he is “98 percent sure (Trump’s tax information) will become public knowledge.”

Besides looking at Trump’s tax returns for the years 2011-2018, there are several aspects of Trump’s finances and business dealings that Vance is looking into.

According to The Hill, one of those things is Trump’s Seven Springs estate in New York. Vance’s office is trying to find out if the value of the property was inflated in order to reap greater benefits from financial institutions.

The Hill report goes on to say that some of the other things being investigated that are related to Trump’s finances are reports of very low federal income tax payments and hundreds of millions of dollars of loans that are coming due for repayment.

Donald Trump’s former lawyer and fixer, Michael Cohen, said he would go in for a seventh interview on Wednesday with the Manhattan district attorney’s office pursuing a criminal investigation into the former U.S. president. https://t.co/MScbPaJRJZ pic.twitter.com/2qTXerK7jn

The speculation is also on whether any indictment would harm Trump’s political future, and if so, how much?

Trump’s political opponents say that any damage may be done among more moderate supporters instead of staunch Trump supporters.

Democrat Strategist Jamal Simmons told The Hill he believes the base of his supporters “won’t care.”

He added, “But for everyone else — for that khakis-and-blue-shirt-wearing office worker in the middle of Ohio who is just trying to keep his taxes low, for that average Republican voter out there — I can’t imagine, given other alternatives, they would choose Donald Trump again if he was facing legal jeopardy.”

Simmons may be engaged in some wishful thinking. Susan Del Percio, a Republican strategist, but also a sometime critic of Trump, stated, “Is his goose cooked on this? It depends on what’s in there.”

RELATED: Pelosi: ‘Of Course’ There Could Be A Scenario Where We Overturn State-Certified Election of GOP Rep.

They Are Not Stopping With Donald Trump

Indictment and conviction of just Donald Trump are not enough.

Not only will Democrats keep coming after Trump for alleged crimes, they are also eyeing his family as well.

In February, Donald Trump Jr. was deposed by District of Columbia Attorney General Karl Racine as part of a lawsuit brought by the district over the misuse of funds by Trump’s inaugural committee.

Trump has called the extensive investigation “a continuation of the greatest political Witch Hunt in the history of our Country.”