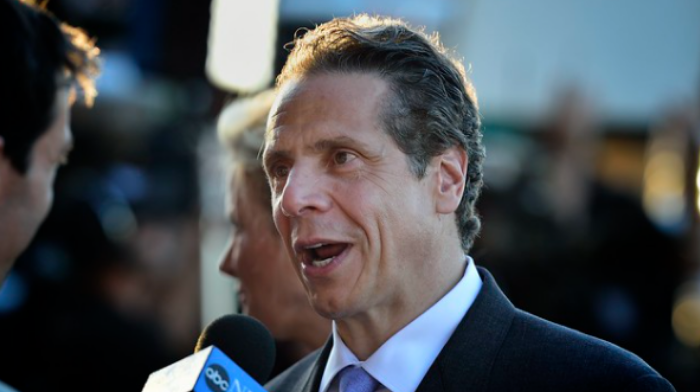 A sixth woman is now accusing New York Gov. Andrew Cuomo of touching her inappropriately during while she was at the governor’s mansion late last year.

On Tuesday, the Albany Times Union reported that the alleged victim is a member of the Executive Chamber staff who claims the governor made unwanted advances after she “had been summoned to do work” in his home.

The nursing home scandal of the embattled governor had just begun ramping up when multiple women began coming forward to accuse of Cuomo of sexual harassment.

Sixth Woman Claims Cuomo Touched Her Inappropriately At His Home

The Albany Times Union reported, “An official close to the matter on Tuesday confirmed to the Times Union that the new allegation had been made. The governor’s office learned of the matter on Monday, an aide said.”

“The complaint was reported to the governor’s counsel by other employees in the Executive Chamber,” the Times Union reported.

The outlet added, “The information also was relayed by the governor’s office to the attorney general’s office, which is coordinating an investigation into multiple allegations of sexual harassment that have been made against the governor.”

This claim comes in addition to similar accusations from five different women.

#6, I wonder how many more there are? Cuomo faces new sexual harassment allegation, this time at Executive Mansion https://t.co/duFbXsZCSU via @TimesUnion

The Times Union report noted that the new accuser’s name would be withheld until she files a formal complaint and could be reached for comment.

During a press call on Tuesday, Cuomo was asked about the latest accusation and said that he was not aware of the latest charge.

“First, I’m not aware of any other claim,” the Democrat insisted, reiterating, “As I said last week, this is very simple, I never touched anyone inappropriately.”

These allegations have led to calls on both the right and left for Gov. Cuomo to hand in his resignation.

Despite Calls To Resign, Cuomo Vows Not To Step Down

The sexual harassment claims also come in the wake of the Cuomo administration being accused of hiding the actual number of nursing home deaths due to the governor’s COVID-19 policies during the pandemic.

Critics believe the governor’s office might have done this to made the Cuomo administration look better than the reality of the situation.

Regardless, Cuomo says he isn’t stepping down, arguing that he “was elected by the people of the state” and has an obligation to serve them.

“There is no way I resign,” Cuomo told reporters.

“They don’t override the people’s will, they don’t get to override elections,” he said of the calls to step down. “I was elected by the people of New York state. I wasn’t elected by politicians.”

From Marks to Sharks: The Rise of the Retail Investor