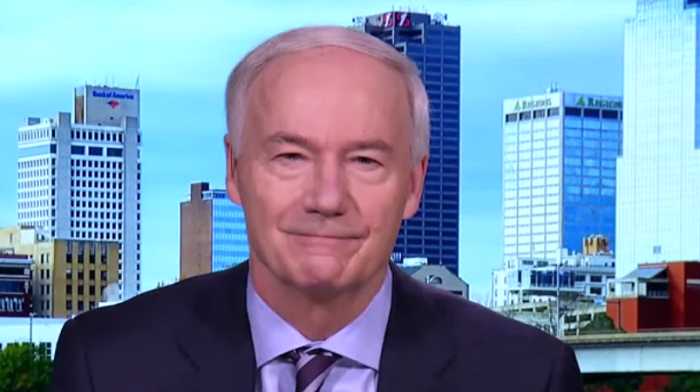 Arkansas Governor Asa Hutchinson has signed into law a near-total abortion ban, one of the most pro-life measures in the nation.

Hutchinson, who signed the legislation on Tuesday, cited his “long-held pro-life convictions” as reasoning for passing the law.

It restricts abortion to cases in which the life of the mother is in peril due to a medical emergency. It does not, however, include exceptions for rape or incest.

Hutchinson, in announcing he would sign the bill into law, expressed his concerns about those cases not being allowed as exceptions.

“I would have preferred the legislation to include the exceptions for rape and incest, which has been my consistent view,” he said.

“We must abolish abortion in this nation just as we abolished slavery in the 19th century – all lives matter,” Republican state Sen. Jason Rapert, the bill’s sponsor said.

Anyone who violates the law could face a $100,000 fine and up to 10 years in prison. pic.twitter.com/Kh72aPSpKh

The Arkansas Abortion Law Is Meant To Force A Challenge To Roe V. Wade

The Arkansas abortion bans were created by pro-life Republicans seeking to force the Supreme Court to revisit its 1973 Roe vs. Wade decision legalizing abortion nationwide.

Hutchinson added in his statement, “SB6 is in contradiction of binding precedents of the U.S. Supreme Court, but it is the intent of the legislation to set the stage for the Supreme Court overturning current case law.”

The earliest the law can go into effect would be this summer, though abortion advocates have already said they’d challenge it in court prior to that.

Hutchinson has previously shared with the legislature a letter written by an attorney for National Right to Life which predicted the chances of this bill leading to Roe being overturned were “very small and remote.”

Supreme Court Justice Amy Coney Barrett has not ruled specifically on abortion in the past, but her writings in a 2013 Texas Law Review article give a brief glance into whether she might consider a review of Roe.

“Public response to controversial cases like Roe reflects public rejection of the proposition that [precedent] can declare a permanent victor in a divisive constitutional struggle rather than desire that the precedent remain forever unchanging,” she wrote.

Amy Coney Barrett, a 48-year-old appellate court judge and Notre Dame professor, seems to be more conservative than any Supreme Court candidate since the 1991 appointment of Justice Clarence Thomas. That could mean more than rejection of Roe v. Wade https://t.co/YlaKdwnMGQ

Former President Trump suggested that Barrett’s appointment to the court could make a review of the landmark abortion case “certainly possible.”