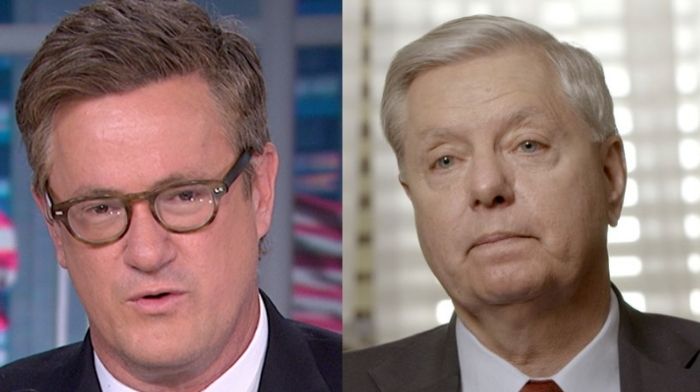 On Monday’s episode of “Morning Joe,” host Joe Scarborough fired back after Senator Lindsey Graham’s (R-SC) told Axios that he would like to “harness the magic” of former President Donald Trump to help strengthen the Republican Party. Questioning what exactly Graham meant by “magic,” Scarborough claimed that Trump’s rhetoric is is more like “fascism” and “sedition.”

Graham praised Trump in his interview, saying, “Mitt Romney didn’t do it, John McCain didn’t do it — there’s something about Trump. There’s a dark side, and there’s some magic there. What I’m trying to do is just harness the magic.”

He added that the best way for the Republican Party to move forward is “with Trump, not without Trump.”

This did not sit well with Scarborough, who is one of the most radically anti-Trump people in television.

“Harness the magic? He led an insurrection to overturn a constitutional process that guaranteed the peaceful transition of power,” Scarborough said. “Harness the magic? Calling for violence. Not just then but looking at his television set gleefully while Kevin McCarthy and others were screaming at him, begging him to call off his terrorists. That’s actually — that’s not magic. That’s sedition.”

“I mean, we’re all talking about 1/6, but it’s not like a week before the election, he wasn’t refusing to actually guarantee a peaceful transition,” he added.

“It’s not like a week or two before the election he wasn’t … pressuring his attorney general to arrest his political opponent two weeks before an election or telling white supremacist groups with a history of violence to stand by. Magic. … Lindsey Graham defines that as magic. I mean, it’s the definition of fascism,” Scarborough continued. “It really is.”

“I mean, somebody that, again, an ultra-right nationalist that is always talking about, you know, attacking the others, somebody who talks about violence, uses violent rhetoric, which he did going back to 2016 and his campaign events, telling people to beat up protesters in the crowd and he’d pay for their legal fees, bragging about a Republican congressman who beat up and got arrested for beating up a reporter because the reporter asked him a question about health care policy?” Scarborough continued.

“You know, that’s not magic,” he added. “But that is Lindsey Graham. And that is, ladies and gentlemen, your Republican Party.”