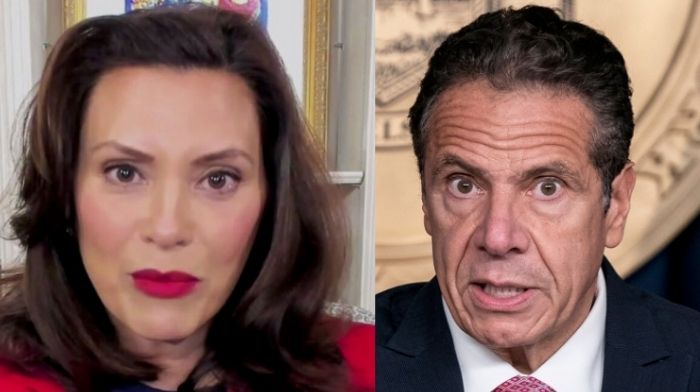 Michigan Gov. Gretchen Whitmer (D) publicly turned on New York’s Democratic Governor Andrew Cuomo, calling for a “thorough, independent investigation” into the sexual harassment allegations that have been made against him.

While appearing on CNN, Whitmer was asked by host Jake Tapper if the claims made by various former aides of Cuomo’s constitute “sexual harassment.”

“I think the allegations here are very serious and need to be taken seriously and I do think that an impartial, thorough, independent investigation is merited and appropriate,” Whitmer replied.

“These are serious allegations and if accurate and true, and um, I think we have to take action,” she responded, noticeably not elaborating on what “action” she wants to see be taken.

Tapper went on to ask Whitmer about her “emotional reaction” to the allegation, at which time she said that she had a “gut-wrenching” response that she thought “a lot of women in America did.”

Related: Cuomo Defiant As Top Democrats Call On Him To Resign: You’ll Have To Impeach Me

Whitmer’s Comments On Allegations Against Biden

“As a survivor, and as a feminist, I’ll say this. We need to give people an opportunity to tell their story,” Whitmer told Tapper at the time. “Then we have a duty to vet it. And just because you’re a survivor doesn’t mean that every claim is equal.”

“It means we give them the ability to make their case and the other side as well. And then to make a judgment that is informed,” she added. “I have read a lot about this current allegation. I know Joe Biden, and I’ve watched his defense. There’s not a pattern that goes into this. And I think for these reasons, I’m very comfortable that Joe Biden is who he says he is.”

Cuomo has been accused of sexual harassment and inappropriate behavior by multiple former aides over the past few weeks. Despite bipartisan calls for him to resign, Cuomo has stubbornly refused to do so at the time of this writing.

Read Next: Cuomo Is Accused Of Sexual Misconduct By Two More Women – ‘Just A Skirt’