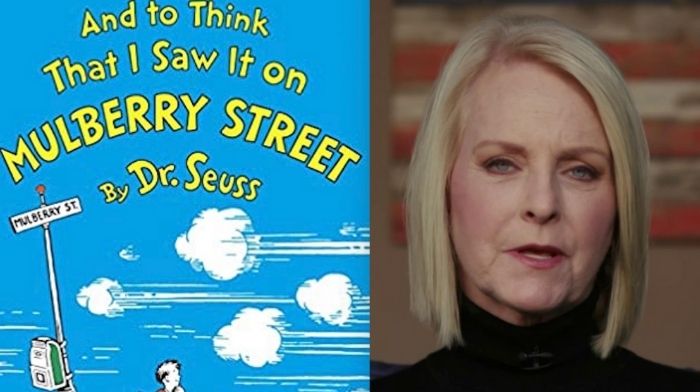 Cindy McCain, the widow of the late Senator John McCain (R-AZ), went on MSNBC on Monday to say that it was “ridiculous” how outraged Republicans were over six books written by Dr. Seuss being cancelled from publication.

She also said that the Republican Party must stop pushing “fear and anger and hate.”

McCain began by talking about the fact that no Republicans voted in favor of the COVID-19 stimulus bill.

“As you saw the polling numbers represent that 59% of Republicans want this,” she said. “They want the two parties to work together to solve the problems of our country. Unfortunately, that didn’t happen with this latest vote. What we’ve talked about and the reason I did what I did is that it is time that we begin to work together for the good of the country.”

“Do you think there’s any shot that’s going to happen, given all the problems this country is facing?” asked MSNBC host Stephanie Ruhle. “Turn on conservative media — my parents are lifetime Republicans. They are Fox News viewers.”

“Yet if they watched Fox any day last week, they weren’t learning about domestic terrorism. They weren’t hearing what was in this bill,” she added. “They were hearing about cancel culture and Dr. Seuss, a narrative that doesn’t make much sense. Does it make sense to Republican voters? Why is this happening?”

“There’s a great deal of frustration,” McCain responded. “What was occurring on Fox or any of the other news stations with regards to Dr. Seuss and the rest of it is really rather ridiculous at a time we are facing what has occurred regarding the pandemic, regarding the economy. People are out of work. We need help.”

“Well, I think there’s certainly a division between what the voters want and what our elected officials want. We need to hold them accountable, most importantly,” she added.

Related: Cindy McCain Blasts GOP – Says It Was Once About Inclusion But ‘We Have Lost Our Way’

“The strongest thing we can do is vote and just as you saw what happened in this last election, and change the leadership if indeed we believe that they’re not doing what’s good for the country,” McCain said. “I think you and I both see, I think what’s going to be my party at least beginning to at least either find its way or dissolve.”

“Right now, there’s too much anger and hate, and that’s been generated from the top,” McCain concluded. “I just don’t believe that our party can survive by appealing to the dark side of humanity. I’ve seen it too often.”

“I began this quest in my life with Ronald Reagan, and I just don’t see how— I don’t understand how we got to where we’re at, but now that we’re here, we can no longer have our leaders work with fear and anger and hate,” she said.