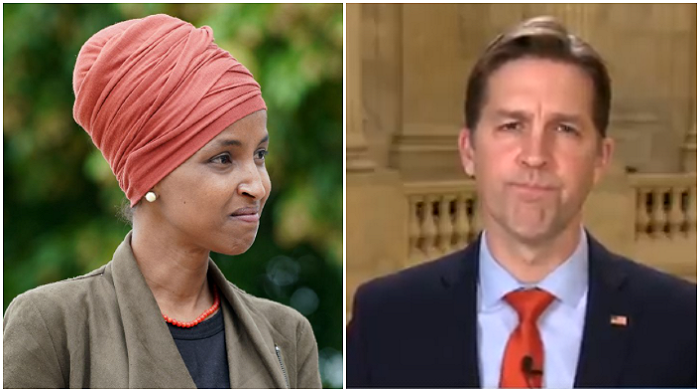 Republican Senator Ben Sasse indicated he will “definitely consider” a vote to impeach President Trump or support having him removed from office through the 25th Amendment.

Sasse (R-NE) made his comments during an appearance on “The Hugh Hewitt Show.”

He said President Trump has “a deep brokenness in his soul” and accused him of telling the crowd at a rally earlier in the day to “go wild.”

When Hewitt asked if he should be “impeached and removed,” Sasse replied that he had much to consider but that the President was “derelict in his duty.”

In an interview with CBS This Morning, the Republican lawmaker acknowledged he would “definitely consider” articles of impeachment.

“If they come together and have a process, I will definitely consider whatever articles they might move, because … I believe the president has disregarded his oath of office,” said Sasse.

Republican Senator Ben Sasse of Nebraska has blamed President Trump for the violent assault on the Capitol, calling it an “inevitable and ugly outcome.”@SenSasse joins us now. pic.twitter.com/bZHDKuXEWx

Rep. Ilhan Omar (D-MN) was the first Democrat lawmaker to announce a push to impeach President Trump on Wednesday.

“We can’t allow him to remain in office, it’s a matter of preserving our Republic and we need to fulfill our oath,” she tweeted.

In a newly published tweet, Omar seems even more confident about the possibility that she will succeed.

“He will be impeached,” she predicted. “Justice will be served.”

He will be impeached. Justice will be served.

Thank you to the millions who responded to this attack on our democracy.

Thank you to the hundreds of members who heard their calls.

Democrats Are Looking To Fast-Track A Vote On Impeachment

“Speaker Nancy Pelosi and her leadership team are considering a lightning-quick impeachment process if Vice President Mike Pence and the Cabinet refuse to take unprecedented steps to remove President Donald Trump from office in less than two weeks’ time,” they write.

They said the swift move to try and remove Trump from office has been confirmed by multiple Democrat sources.

Pelosi and her gang continue doing maximum damage to our country. So much for unity. It’s critical they be defeated in 2022. And I predict they will be. Of course, the media are behind this as well.https://t.co/OEIYqBh4k8

Sasse is signaling he might have the desire to impeach Trump. Certainly, Romney (R-UT) would.

Sen. Roy Blunt (R-MO), the highest-ranking Senate Republican to weigh in on the impeachment discussion, quickly dismissed the idea.

“You don’t have the time for it to happen, even if there was a reason. So there’s no reason to debate this except just pure politics.”

Sasse and Omar are pretending they’re adhering to principles when in reality, they are engaged purely in politics that will continue to divide the country. It’s a disgrace.