Newsletter: Consumer Spending, Inflation vs. Employment and the Virus that Won’t Go Away 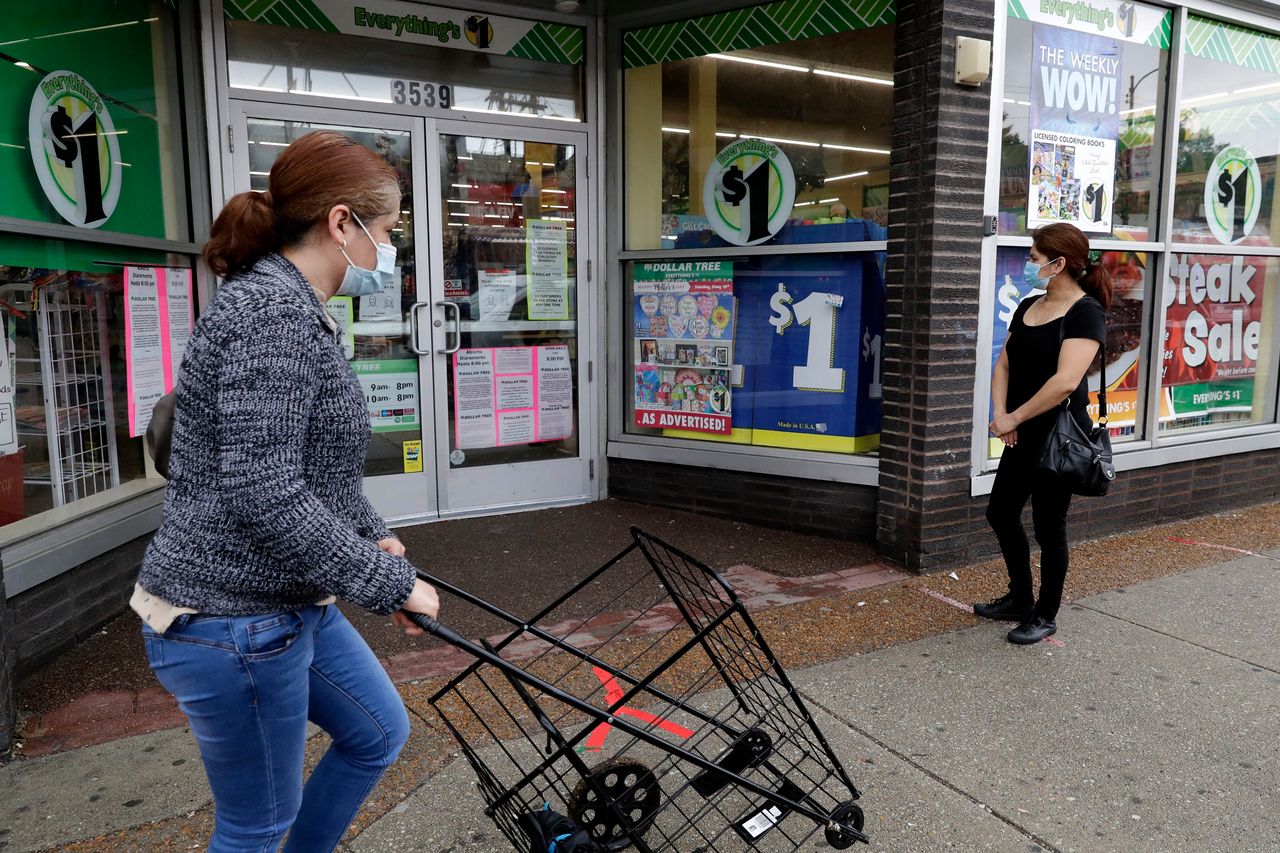 U.S. consumer spending numbers are due out this morning, the Fed makes a major shift in the way it sets interest rates and Europe is facing a big rise in coronavirus cases. Jeff Sparshott here with the latest on the economy.

If I Had a Million Dollars

U.S. consumer spending likely rose in July as the labor market continued to add jobs, although economists caution that last month’s expiration of $600 in enhanced weekly unemployment benefits could dent future household spending. The Commerce Department will release data on July household income and outlays this morning at 8:30 a.m. ET. Economists surveyed by the Wall Street Journal expect consumer spending rose 2% in July from the prior month. That would mark a slowdown from the previous two months when spending rebounded strongly after collapsing amid coronavirus-related shutdowns, Harriet Torry reports.

The personal consumption expenditure price index excluding food and energy for July is expected to increase 0.5% from a month earlier and 1.3% from a year earlier. (8:30 a.m. ET)

The University of Michigan consumer sentiment index for August is expected to tick up to 72.9 from a preliminary reading of 72.8. (10 a.m. ET)

The Baker Hughes rig count is out at 1 p.m. ET.

Overall consumer spending appears to have made up much of the ground lost during the height of the pandemic, though the recovery isn’t even across the U.S. and might have flattened out. Earnest Research, a data analytics firm tracking U.S. consumer spending, shows significant disparities from state to state and no real acceleration in aggregate spending from July to August.

In the meantime, the way people are spending money has shifted dramatically.

One sign of caution: Data show grocery shoppers have started cutting back on spending, suggesting that Americans are hurting for cash as the federal unemployment stimulus remains on hold for most recipients. Analysts say that a broader pullback on grocery spending could mean lower sales for more discretionary items such as clothes and cars, Annie Gasparro and Jaewon Kang report.

What is the status of stimulus talks? House Speaker Nancy Pelosi said Thursday that Democrats would be willing to accept a slightly smaller coronavirus-aid package than their previous offer, but said they remained at an impasse with the White House.

While Congress and the White House argue, layoffs continue at historically high levels. New applications for unemployment benefits ticked down to one million in the week ended Aug. 22. Initial unemployment claims remain well below the recent peak of about seven million in March but are far higher than pre-pandemic levels of about 200,000 a week, Sarah Chaney and Paul Kiernan report.

The Federal Reserve approved a major shift in how it sets interest rates, a move likely to leave U.S. borrowing costs very low for a long time. The decision to drop its longstanding practice of pre-emptively lifting rates to head off higher inflation won’t lead to a significant change in how the Fed is currently conducting policy. But the shift marked a milestone. Had the strategy been adopted five years ago, the Fed would have likely delayed rate increases that began in late 2015, following seven years of short-term rates pinned near zero. It amounts to the most ambitious revamp of the central bank’s policy-setting framework since the Fed first approved a formal 2% inflation goal in 2012, Nick Timiraos reports.

WSJ chief economics commentator Greg Ip says the Fed subtly but clearly shifted its priorities away from inflation to employment. Central banks have long operated on the assumption that there is a trade-off between the two. As the unemployment rate drops below some “natural” level, inflation starts to rise, a relationship dubbed the Phillips curve. That means unemployment could be both too high or too low. The new framework implies that unemployment can be too high but never too low.

🎥 Video: Greg explains the strategy behind the changes and what they mean for consumers. Watch here.

Germany on Thursday hit pause on any further loosening of coronavirus rules and introduced new restrictions, in the latest instance of a European nation moving to tackle a resurgence in infections driven by tourism and summer festivities. The new measures largely build on existing rules and aim to improve testing of people returning from high-risk countries, support the safe reopening of schools and limit gatherings and events that have proven fertile ground for Covid-19 clusters, William Boston reports.

In the U.S., new coronavirus cases climbed above 40,000 for the second day in a row, as the impact of Hurricane Laura added to the challenges some states face in containing the virus’s spread.

Gross domestic product is the traditional way to measure material living standards and economic progress. “But ‘material living standards,’ measured in dollars of consumption (or inches of flat-screen TV), are not the same thing as ‘quality of life.’ They say little about relationships, dignity, agency or life satisfaction. Ask yourself what matters to you right now. Consider whether new apps on your smartphone compensate for the loss of control, sense of powerlessness and strain of unpredictability. We could measure such things if we wanted,” Oren Cass, executive director of American Compass, writes in the New York Times.