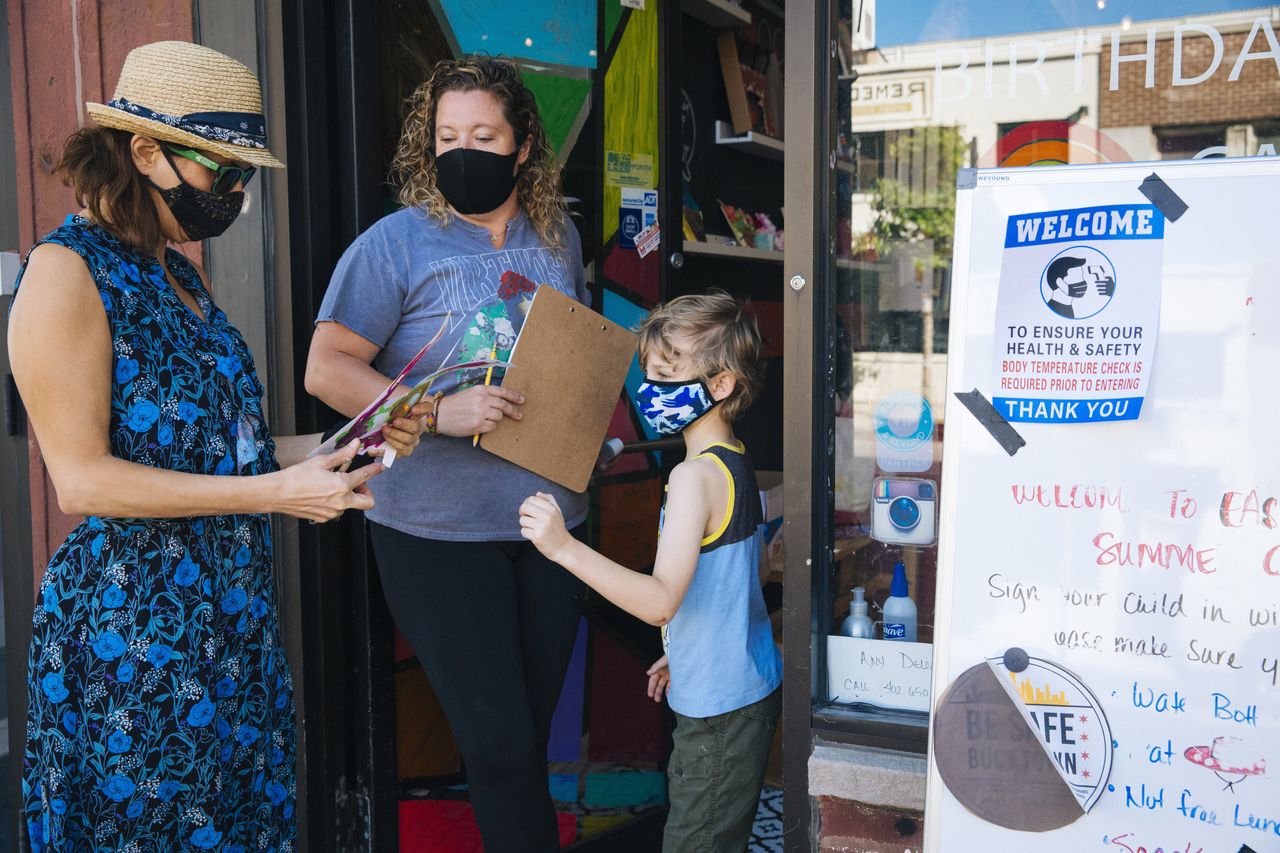 Where Do the Children Play?

Working parents going on six months without school or camp are about to take another hit: rising child-care costs. Parents with school-age children are hiring sitters or paying for online classes they wouldn’t need if their children were in school. Some are lining up tutors or switching to private schools that plan to open for in-person learning. Parents with younger children are bracing for potentially higher charges at their day cares, which are straining to pay for protective gear and additional cleaning, Christina Rexrode and Lauren Weber report.

“If you care about U.S. economic growth…this should be one of the first areas of concern for you.” —Misty Heggeness, visiting scholar at the Minneapolis Fed

Child care and its costs might seem incidental in a global pandemic, but they are integral to the economy. For individual families, higher child-care expenses can range from troublesome to financially debilitating. Rising costs divert money from other purchases or investments, and many working parents said child-care costs prevent them from saving for a home. Yet without child care, parents are less productive at work—not to mention more stressed and tired.

The National Association of Home Builders housing market index for August is expected to hold steady at 72. (10 a.m. ET)

The number of Americans who say they can’t afford enough food for themselves or their children is growing, according to Census data, and it is likely to get larger now that some government benefits have expired. As of late last month, about 12.1% of adults lived in households that didn’t have enough to eat at some point in the previous week, up from 9.8% in early May. And almost 20% of Americans with kids at home couldn’t afford to give their children enough food, up from almost 17% in early June. The data come from weekly surveys conducted by the Census Bureau from April to July in which researchers asked respondents whether their households were getting enough to eat, David Harrison reports.

There are signs the U.S. economy is rebounding. Retail sales rose for the third straight month in July as the country worked to reopen despite the challenges posed by the coronavirus pandemic. After accounting for seasonal factors, sales were 1.7% higher compared to February, the month before the pandemic shut down much of the economy. Consumers last month boosted spending on electronics and appliances, health products and restaurant meals. More recent evidence suggests households moderated spending in August. One factor: the July 31 expiration of an enhanced unemployment benefit. That benefit, authorized in the Cares Act passed by Congress in March, had boosted jobless workers’ income by $600 a week, and many households spent it, Josh Mitchell and Suzanne Kapner report.

One retail bright spot through the pandemic: Home Depot. Americans, stuck at home without much to do, started painting, building, fixing and decorating. Government stimulus checks buoyed long-delayed home improvements, as did less money spent on restaurants and summer travel.

Remote work is reshaping San Francisco. By giving their employees the freedom to work from anywhere, Bay Area tech companies appear to have touched off an exodus. While it’s too soon to measure the total net outflow of tech workers, it’s already affecting real-estate prices. San Francisco rents have started falling for the first time in years. Nationally, the median list price of homes was up 6.6% for the year ended Aug. 1, while in San Francisco, list prices are down by nearly 5%, Katherine Bindley reports.

Japan’s economy contracted in the second quarter at the sharpest pace on record. Gross domestic product fell 7.8% from the prior quarter after the new coronavirus forced many retailers and other businesses to close during a state of emergency in April and May and blocked virtually all foreign tourists from visiting Japan. Although it did slightly better than Western peers, economists said Japan has still dug itself a deep hole. Unlike the U.S., it was already headed for a recession early this year because of an increase last October in the national sales tax. The latest decline was the third straight quarter of contraction, Megumi Fujikawa reports.

Coronavirus chased off tourists, hurting economic growth. But lots of locals don’t want them ever flocking back. In Japan’s Kyoto, people are split on whether the visiting masses were worth the trouble. The debate is playing out in some other cities, particularly in Europe, where the current quiet has sometimes inspired a desire to return to the days before cheap air tickets allowed the masses to flood the globe’s cultural centers, Miho Inada reports.

How did U.S. consumers spend their stimulus payments? “Individuals report having spent or planning to spend only around 40% of the total transfer on average. This relatively low rate of spending out of a one-time transfer is higher for those facing liquidity constraints, who are out of the labor force, who live in larger households, who are less educated and those who received smaller amounts. We find no meaningful effect on labor-supply decisions from these transfer payments, except for 20% of the unemployed who report that the stimulus payment made them search harder for a job,” economists Olivier Coibion, Yuriy Gorodnichenko and Michael Weber write in a working paper.